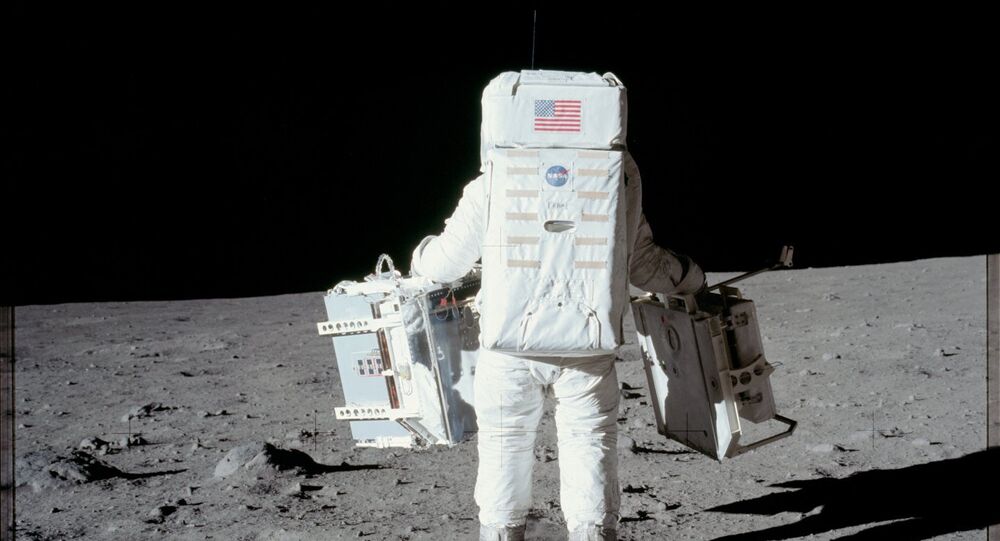 The impressive 19,000 hours of audio, consisting of a mixture of silence interrupted by speech between astronauts and technicians, would take a whopping 791 days of listening time to get through.

The US National Aeronautics & Space Administration and the University of Texas at Dallas have released the complete 19,000 hours of Apollo 11-related audio previously kept on tape loops stored away in special climate-controlled vaults.

The audio, which features conversations between astronauts Neil Armstrong, Michael Collins and Buzz Aldrin and their Mission Control directors, as well as chatter between all the technical, planning and management crews involved in the mission, would require over two years to listen through if played back to back. The materials come with subtitles to better understand what is said.

As might be expected, the audio includes the legendary 'One Small Step for Man' phrase uttered by Neil Armstrong as he descended from the lunar lander on July 20, 1969, but also other fascinating audio bits, including a clip of Aldrin jokingly asking if Mission Control could "turn the Earth a little" so the astronauts could get a better look at its land surface.

© AFP 2021 / NASA
Woman Sues NASA to Keep Neil Armstrong's Lunar Memento
The Apollo 11 audio represents about a quarter of the total Apollo Program audio, which has yet to be digitized and released. This audio includes test flights, and the five other Apollo missions up to December 1972, including Apollo 13, which nearly ended in catastrophe after an oxygen tank explosion crippled the mission and required emergency repairs to bring the crew safely back to Earth.

Social media users were generally delighted by the "2+ years of out-of-this-world" audio, although a few had minor complaints about the quality of the re-mastering, or the sheer volume of audio.

One small step for man, 2+ years of out-of-this-world sounds from @NASA for humankind. https://t.co/THXKf1A0gT

Others joked that perhaps NASA released the tapes in response to constant pestering from Flat Earther conspiracy theorists, or quipped the audio was "not Kubrick's best work," referring to the conspiracy legend that filmmaker Stanley Kubrick produced some of the footage for Apollo 11 and Apollo 12 missions in a Hollywood lot.

Hahahaha @eddiebravo the flat earthers are getting to @nasa

On the other side of the former Iron Curtain, in Russia, the audio sparked a debate between conspiracy theorists and those seeking to debunk them.

"Was the rustle of the American flag's fluttering airless space also heard in the recordings?" one joker asked in the comments section of a RIA Novosti story on the recordings. "The flag was not fluttering, but swaying. The swaying lasted a long time precisely because of the absence of an atmosphere and the small gravitational pull. But the adepts of the sect [i.e. those who believe in conspiracies] don't care about this; their faith is stronger than logic," another user countered.

"The only real proof would be to repeat a flight to the moon, and especially the reverse start [back to Earth]. I'm sick and tired of their lies," one Russian user wrote on Twitter.

"There is one nuance: What should we make of the 'lies' of the Soviet scientists and intelligence specialists who over the course of three years and six American landings on the moon monitored their signals, pictures and telemetry and took them as authentic ones? Should we categorize the Soviet lunar program and Lunokhod 2 as being fakes as well?" another replied.

© CC0
Poll: Over Half of Russians Don't Believe America Landed on the Moon
The idea that the Apollo moon landings were faked remains one of the most popular conspiracy theories of the 20th century. According to a 2013 survey by Pew Research, some 7 percent of Americans don't believe the landings took place. Across the pond in the UK, a 2016 poll found that 52 percent of Brits didn't believe the landings happened. In Russia, recent polling found that some 57 percent of Russians don't believe that the 1969 lunar expedition took place, with just 24 percent convinced that America did actually land on the moon. The latter sentiment may come down to sour grapes. However, in Soviet and Russian space-related historiography, the achievements of the US lunar program have received praise, even as historians put broad focus on the Soviets' own endeavors, including multiple lunar probes and remote controlled rovers, which were undoubtedly pioneering achievements in their own time.
...
Reddit
Google+
Blogger
Pinterest
StumbleUpon
Telegram
WhatsApp
128