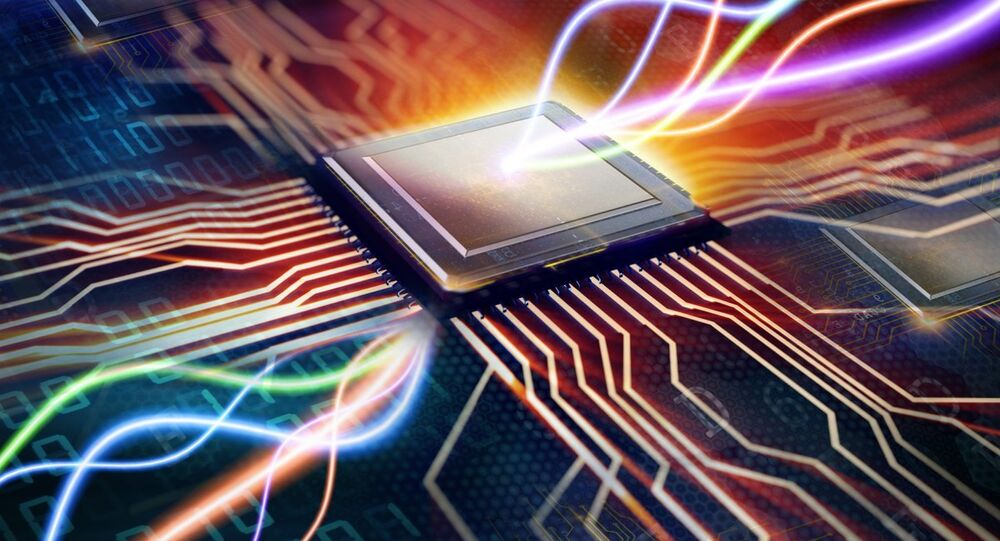 The unique optical computer is believed to have immense advantages over traditional computers, opening up new doors as far as raw computational power and energy use are concerned.

The supercomputer was developed by the All-Russian Scientific Research Institute of Experimental Physics in Sarov, about 375 km southeast of Moscow and is based on optical or photonic computing technology. The institute has already patented its project.

In optical computing, processing is carried out through the interaction of laser pulses, rather than electrical signals, as in conventional computing.

The optical computer is divided into electric and photonic sections, with machine code translated into laser pulses. Photons then pass into a photonic processor, where laser pulses interact, allowing for logic operations like the ones in traditional computers to be carried out. After that, laser beams leave the processor and return to the computer's electric portion, where optical information is converted back into electric-based information, becoming accessible to the user.

He pointed out, for example, that photonic technology allows for a reduction by tens or even hundreds of thousands of times in the amount of energy necessary to achieve the same performance as a conventional electrical computer.

"Where a supercomputer will require a building the size of a football field, an optical computer can achieve the same performance in a space the size of a half-liter coffee mug and have a heat output of about 100 watts – less than an electric kettle," Stepanenko explained.

Computer scientists around the world have been working on the concept of photonic computers for many years, but have been unable to come up with tangible results for a variety of reasons, including the nonlinear process in which multiple signals have to interact, the weakness of light waves compared to electromagnetic ones, and other technical issues.

© Photo : National University of Science and Technology MISiS
Researchers Сreate New Type of Qubit for Quantum Computers
However, the Experimental Physics Institute's workaround proposes a new scheme for the optical computer's work, with transitions between the optical and electrical-based components of the computer being performed as rarely as possible so as not to waste time and energy.

The theoretical maximum computational capacity of the photonic computer created by the Institute of Experimental Physics can be up to 50 petaflops (i.e., 50 quadrillion floating operations per second), with this peak power requiring just 100 watts of electricity. For comparison, 100 watts in a traditional computer would allow an output of about 5 teraflops, i.e., 10,000 times less. Furthermore, scientists believe that the power of their optical machine can be even further increased through reductions in the length of the light wave.

Practical applications for optical computers can include everything from mathematical problems to the study of genetic code. Given their comparably low use of power, it wouldn't be unreasonable to assume that they could be used in environments with limited access to electricity, in remote areas or in space.