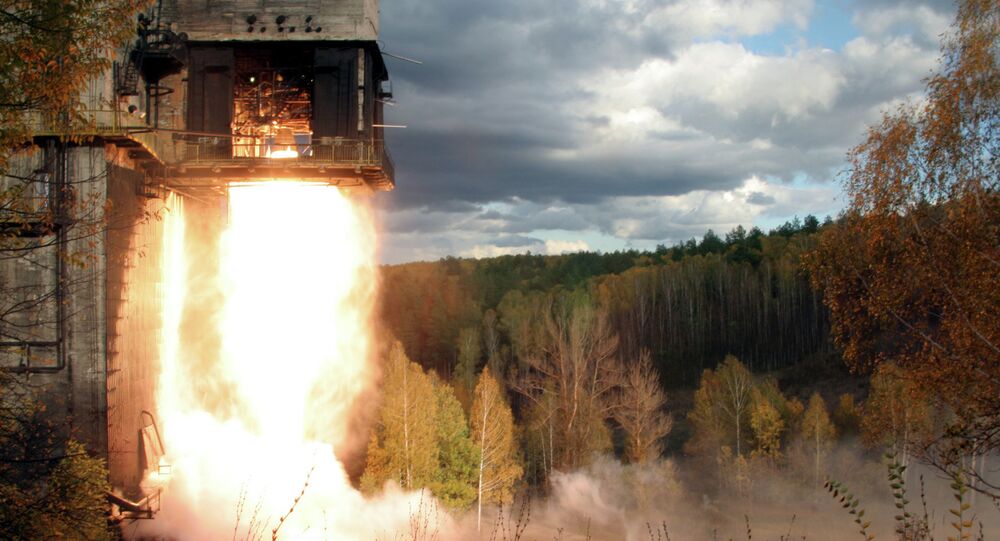 "We would like to buy from the state the well-known engines NK-33 and NK-43, produced earlier by the Samara-based Kuznetsov plant, as well as the documentation, equipment, technical backlog. In general, everything that has survived on this theme from the Soviet program. We intend to restore production and build our own rocket engine plant in Samara," Sopov said in an interview to be published in the Vedomosti newspaper.

© Sputnik / Ramil Sitdikov
Russia's Space Agency Roskosmos Begins to Design Super-Heavy Carrier Rocket
In April, S7 Space closed a deal to purchase the Sea Launch maritime space launch platform complex in Long Beach, California. It is used to launch Zenit carrier rockets, and in the future, a new Russian Soyuz-5 rocket. The company has repeatedly criticized the Soyuz-5 project for the use of outdated technologies and insisted on the need to develop a reusable carrier. In the next 15 years, S7 Space aims to conduct some 70 launches.

The company's proposal is being discussed in the government, and S7 Space is also negotiating with the UEC on the issue, he added. The total cost of resuming production of rocket engines is estimated at $300 million, Sopov said.

"This includes the production of not only NK-33 and NK-43, but also a control system, which we also would like to do on our own," he noted.

© Photo : Youtube/Russian RT
Russian Reusable Space Rocket Tests Scheduled for 2022 - Project Team Leader
The construction of the plant and the restoration of production will take five to six years, Sopov said. Until the plant's commissioning, it is planned to use 36 NK-33 and NK-43 engines available in storage facilities in order not to wait for new engines.

"This allows us to begin the flight test program for the new Soyuz-5SL rocket, without waiting for the launch of serial production of the upgraded NK-33 and NK-43," Sopov concluded.

The engines NK-33 and NK-43 are modernized engines from the Soviet superheavy lunar rocket N-1. At present, they are used as part of the first stage of the Soyuz-2.1v light rocket. The engines were created and are now stored at JSC Kuznetsov (part of the UEC).

The Gospel of Soap and Water: Russia Develops Space Sauna and Washing Machine