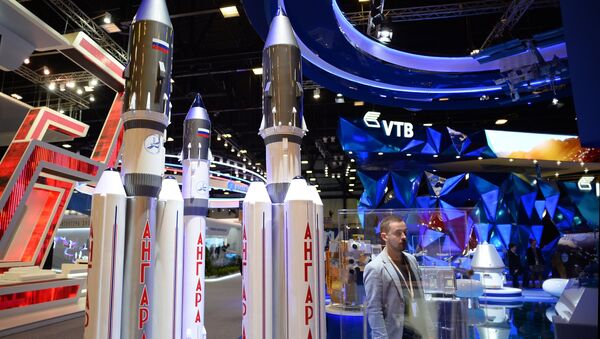 "We are working on a super-heavy class rocket with an engine that we already have — the RD-171, which will serve as the basis for the super-heavy carrier, with the general designer of the rocket corporation Roscosmos Alexander Medvedev," Solntsev told the Moscow-based Izvestia newspaper.

According to him, hydrogen circuits will not be used in the first and second stages of the new carrier, while the already active Angara family of space-launch vehicles will be used as models for developing the third stage of the new carrier.

"Such a compilation will allow us to save some time and money. We take what we already have, so we do not incur additional costs and do not have to work to 'a timeline that runs to decades.' I am convinced that by constructing the super-heavy rocket according to this scheme we will be able to complete the work in a record time — in about five to seven years," Solntsev added.