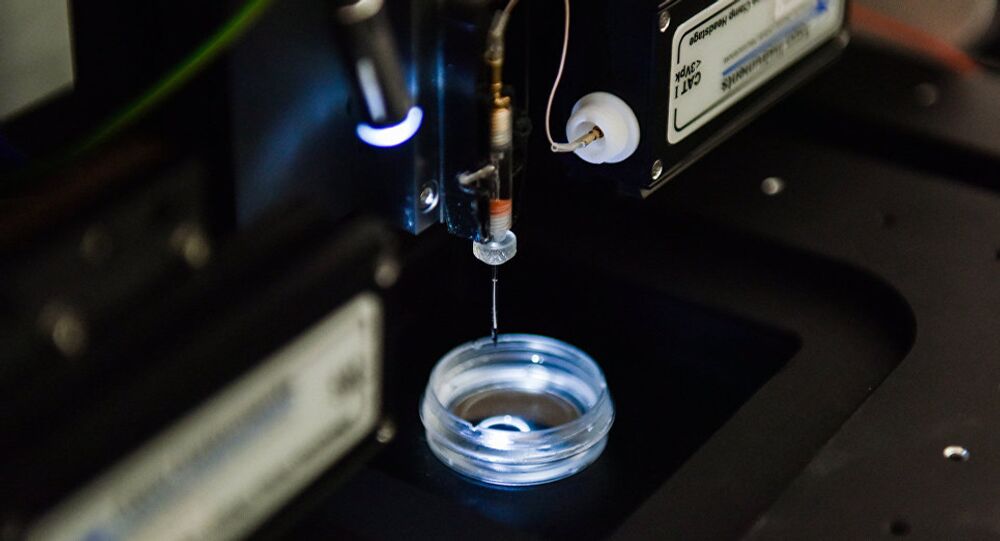 In cooperation with Moscow State University, the Kurchatov Institute National Research Center, the Mendeleyev Russian University of Chemical Technology, Imperial College London and Kanazawa University, researchers from NUST MISiS have developed a method for assessing toxicity in living cells with the help of a newly developed nanoelectrode.

This method allows for the rapid assessment of the toxicity of chemotherapeutic agents used for treating cancer, which results in a more accurate survival prognoses. The development of this new nanoelectrode is also important for the pre-clinical trials of various drugs, as it allows performing necessary tests on single living cells rather than laboratory animals. The results of the new research were published in the Scientific Reports journal.

Until now, there was no method for assessing the level of intracellular toxicity without destroying the cell. With the participation of the National University of Science and Technology MISiS (NUST MISiS), the international team of researchers decided to develop such a method by using nanocapillaries, which are traditionally used in scanning ion-conductance microscopy. To achieve this goal, they upgraded a nanocapillary by filling it with carbon and platinizing the tip, thus creating a nanoelectrode that can be used to probe the cell. It can also be introduced inside the cell through a nanopuncture, which heals in an instant as soon as the nanoelectrode is removed.

© CC0
Russian Scientists Develop Unique "Trap for Light"
The new nanoelectrode was subjected to multiple tests. As it turned out, it can be used to measure the concentration of reactive oxygen species (ROS), levels of pH and adenosine triphosphoric acid, plus glucose and copper ion content. The new method has an extensive list of application: for instance, it can be used to estimate the concentration of toxins upon the introduction of any drug to a living cell. In particular, this new method has been tested for its ability to assess the toxicity of magnetic nanoparticles, which are approved for clinical use, including chemotherapy.

Magnetic nanoparticles are widely used for targeted drug delivery and as contrast agents in magnetic resonance imaging, induced hyperthermia (for “burning out” tumors from the inside) and magnetic field assisted radionuclide therapy.

Researchers need to be sure that the increasing application of these particles does not damage a patient’s health, thus it is important to develop methods that can ensure the high efficiency of bioreaction analysis and the accuracy of the toxicity prognosis.

It is known that magnetic nanoparticles cause the generation of reactive oxygen species (ROS) inside cells. ROS are oxygen ions, free radicals and peroxides formed as a result of natural metabolism or under the effect of ionizing radiation. The high cellular levels of ROS usually result in oxidative stress and damage to the cells due to oxidation. This means that the increased content of ROS is one of the first signs indicating the presence of intracellular toxicity. NUST MISiS researchers used this effect to assess the toxicity of magnetic nanoparticles based on measuring ROS content.

“We have developed a stable probe for measuring intracellular ROS using a platinized carbon nanoelectrode,” said Alexander Yerofeyev, one of the authors of the research and senior researcher at NUST MISiS Biomedical Nanomaterials laboratory, in his interview with RIA Novosti. “The results of measuring ROS levels obtained using this new method differ significantly from the results obtained with traditional methods. Outdated technology fails to detect the corresponding difference in ROS levels.”

© CC0 / Pixabay
Russian Scientists Reveals Prospects of Human Organs' Restoration After Frozen Rat's Heart Experiment
Researchers say that the results obtained with this method show a significant difference in the intracellular levels of ROS that are measured in cancer cells before and after exposure to 10 nm size iron oxide nanoparticles. This means that the new method can be used for rapid toxicity screening to assess the cellular response to chemotherapy.

Scientists also emphasize the importance of and prospects for using nanoelectrodes for this type of analysis. They believe that this will allow performing a relatively fast, sensitive and efficient assessment of the toxicity level of nanoparticles in single cells.