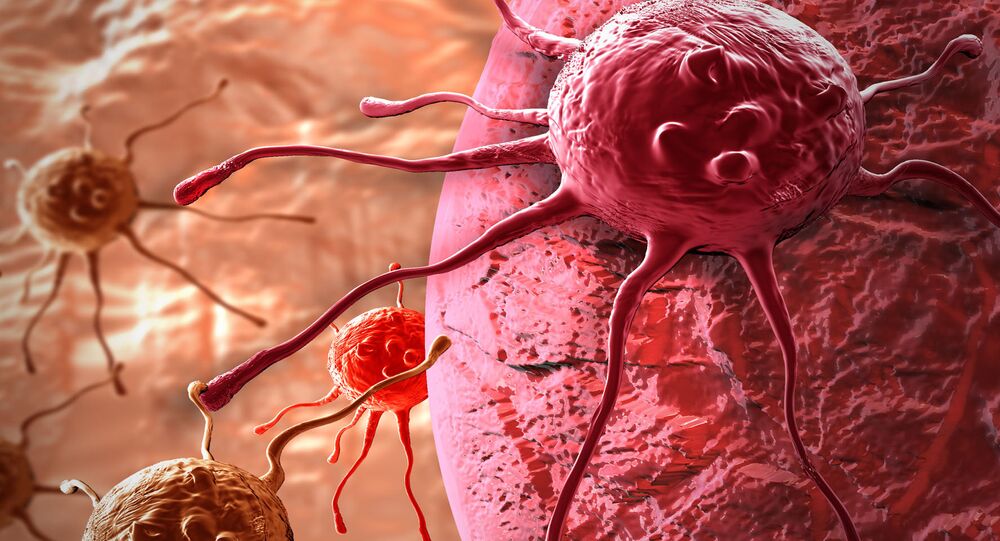 In cooperation with Lomonosov Moscow State University, researchers from the National University of Science and Technology MISiS (NUST MISiS) have developed an express test to identify prostate cancer.

The developed test is based on immunochromatographic analysis, which allows researchers to visually determine the number of prostate-specific antigens (PSA) in the blood serum. PSA is an organ-specific tumor marker found in the blood; it is not connected with any particular type of prostate disease. It could be used to identify prostate cancer of any type, especially its early forms, which can be subject to radical treatment.

In Russia, prostate cancer is the most common type of cancer in men over the age of 60. Unfortunately, this disease is typically diagnosed in its late stages. This new development by NUST MISiS scientists can significantly increase the rate of identifying prostate cancer in the early stages, thus increasing the chances of successful treatment.

The high cost of mass laboratory screenings for PSA presence rendered this the least cost-effective approach used in general medical examination programs in Russia. The new express-tests, which can reveal the presence of the disease or the possibility of development in just 10 minutes, can be of significant help in the early diagnosis of prostate cancer.

"This kit, which has already been medically tested, contains a test strip, a lancet (for piercing the skin), and a disinfectant wipe," said Alexander Osipov, senior researcher at the NUST MISiS' Department of Functional Nanosystems & High-Temperature Materials. "To test the blood, place one end of the test strip in the blood serum solution. If the substance (in this case, the PSA) is present, it binds with antibodies labeled with special gold nanoparticles to gather in the test zone of the device and become visible on the test strip in the form of one, two, or three cross-section test lines."

© Sputnik / Pavel Lisitsyn
New Russian Cancer Drug Increases Survival Rate of Mice by Over 50%
One strip means that the test is working properly, and the amount of PSA is so small that it is safe to say that the disease is not present. Two strips mean that the patient requires a further medical examination, as the level of PSA exceeding 4 nanograms can indicate the possible presence of the disease. Three strips indicate that the amount of PSA exceeds 10 nanograms and that the patient requires immediate treatment for prostate cancer.

These tests are as easy as they can be, allowing medical staff to make a preliminary diagnosis and start treatment right away, if necessary.