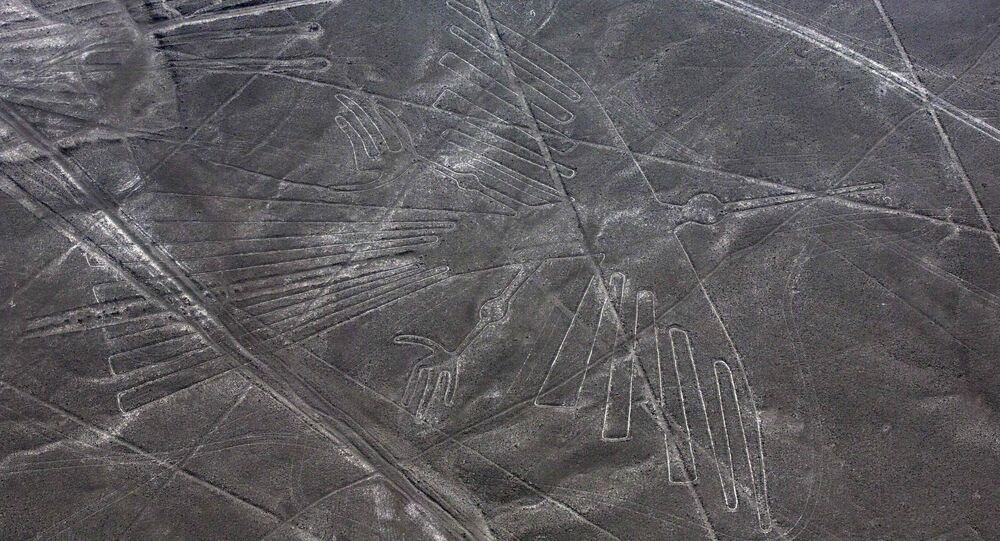 A new set of huge mysterious symbols on the ground have been discovered on the Nazca plateau in Peru.

A total of 50 new geoglyphs have been discovered on the Nazca plateau in Peru near the Sechura desert, National Geographic reports.

​A geoglyph is a huge symbol on the ground, usually made of stones, earth or trees; most geoglyphs are so huge one can only see them clearly from an airplane. Considering the ancient people of South America could not fly, some people theorize it was aliens who either made the glyphs themselves or directed humans on how to do it.

​The newly discovered geoglyphs include anthropomorphic images as well as animals and representations of natural phenomena. Some of the geoglyphs are located in the Palpa Valley, several dozen kilometers from Nazca, National Geographic reports.

The geoglyphs were discovered thanks to satellites and drones. Now, researchers are working on determining the images' exact age and history. They are believed to have been created by people of the Nazca culture between 200 and 700 AD.

​There is no specific explanation as to why the Nazca people made these pictures that can only be seen from high up in the air, despite many hypotheses.