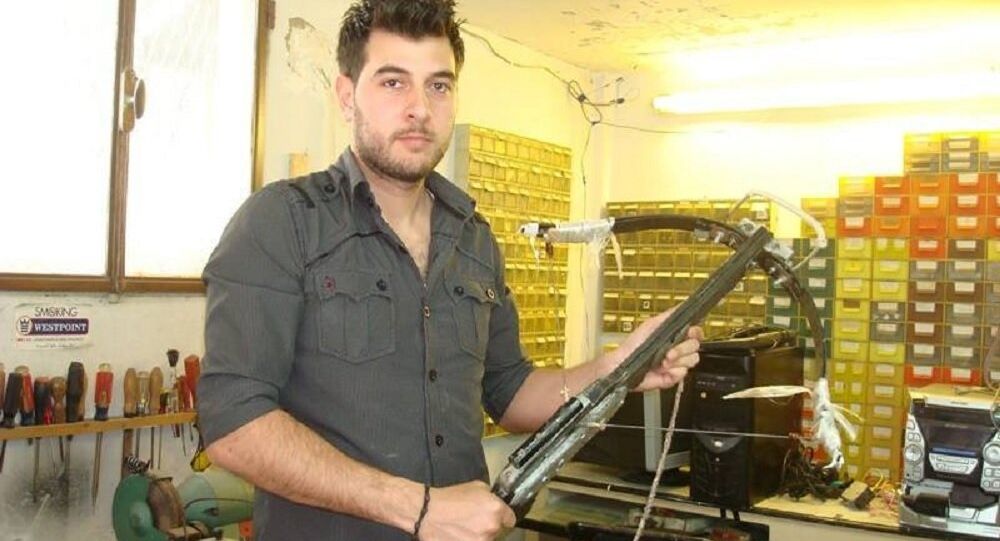 The civil war, that has been raging for more than seven years, forced many Syrians to invent things that help them in their everyday life.

Young engineer Asaad Haddad is one of those who have succeeded in this effort to helping many of their compatriots survive the trials and tribulations of the bloody conflict.

The long list of electric instruments and appliances Haddad has made with his own hands includes nothing less than an electromagnetic gun.

“I’d wanted to build myself an electromagnetic gun ever since I was at school. I tried to make it during my university years, but it wasn’t until now that I finally managed to pull it off,” Haddad said.

He added that he had recently learned about such things being used in Russia and America.

“Now I want to make myself an underwater gun, to put it together from scratch at my workshop,” Haddad noted.

© Photo : Abdul Rahman AlAshraf
'I Can Help': Syrian Inventor Gives Families in War Zones a Way to Stay in Touch
Asaad Haddad began to invent things at an early age. As a six-year-old boy he, working under his dad’s watchful eye, made a battery-powered lamp.

“I wanted to know how things work and I always tried to make something myself, always coming up with my own solutions,” Haddad told Sputnik.

He said that when the war broke out and they had power outages several times a day, all the things he made were battery-powered.

“It was then that I invented an induction stove powered by a battery. They have similar things in China, but this thing was entirely my design,” Haddad said.