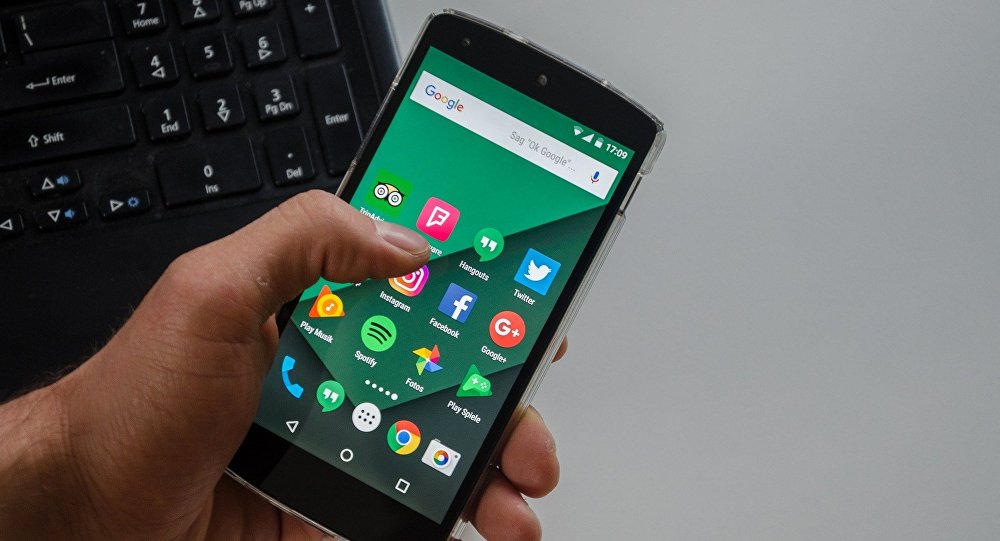 Russian Scientists Create a Way to Protect Smartphones From Overheating

Researchers at the National University of Science and Technology MISIS have created composites which have much higher thermal conductivity and can be easily recycled.

Using them in advanced electronics can resolve the problem of overheating printed circuit boards. The results were published in the Journal of Alloys and Compounds.

Everyone has faced an overheating electronic device when working: a device will not respond and a computer will simply shut itself off. And this is just the visible side of the problem: with constant overheating, an electronic device can become damaged. Often the device will not respond, displays the Blue Screen of Death (BSoD) or suddenly shuts down.

READ MORE: Who Dis? Smartphones Switch Off Our Brain, Make Us Do 'Stupid Things', Doc Warns

The processor and video card are the most temperature-sensitive parts of a computer or smartphone. High running temperatures reduce their life. Although advanced devices turn off automatically if the temperature reaches the critical level, regular overheating can result in processor errors or a chip breakdown.

NUST MISIS researchers are proposing a universal approach to producing inexpensive and light composites with high thermal conductivity and good mechanical properties at the same time to resolve this issue.

Dmitry Muratov, a senior research fellow at the Department of Functional Nanosystems and High-Temperature Materials, says: "We wanted to create a material with high thermal conductivity, but no electric conductivity, and with a polymer matrix, which is potentially cheaper to produce and recycle than current materials."

According to Muratov, this composite is most promising for replacing reinforced laminates in printed circuit boards or in small devices with high heat emission (such as LED light bulbs).

READ MORE: Do Smartphones and Social Networks Really Pose a Threat to Kids?

NUST MISIS scientists used high-density polyethylene (HDPE) as a polymer matrix and two types of hexagonal boron nitrides (hBN) as functional filler. They designed the best combination of processing modes to achieve the necessary properties of the filler.

"In the end, we saw a positive result: our last test showed the strength of a composite based on polyethylene and the 24.8 MPa boron nitride, with a thermal conductivity at least two or three times higher than the fiberglass used in similar devices," Muratov noted.

The scientist believes that the material will be able to effectively replace fiberglass (a material based on fiberglass cloth) in advanced electronics, because it does not have the same defects.

The researchers note that it is impossible to properly dispose of or recycle fiberglass for further use. The composite designed by NUST MISIS not only has the necessary thermal conductivity (almost 1 W/m K) but also can be recycled.

"The economic benefits of our materials lie in simple disposal and recycling, as it is very difficult to process fiberglass because its polymeric component is made from thermosetting polymers: epoxy resins that cannot be used again after hardening," Muratov says.

READ MORE: After US Warning, Australian Defense Depart to Phase Out Chinese Smartphones

NUST MISIS presented the results to the academic community at the International Symposium on Metastable, Amorphous and Nanostructured Materials in Spain.

Now the researchers are cooperating with University of Nebraska-Lincoln (the US) in synthesizing two-dimensional materials and studying their properties. They are looking for a way to sharply increase the composites' thermal conductivity using materials that theoretically are supposed to have better properties.