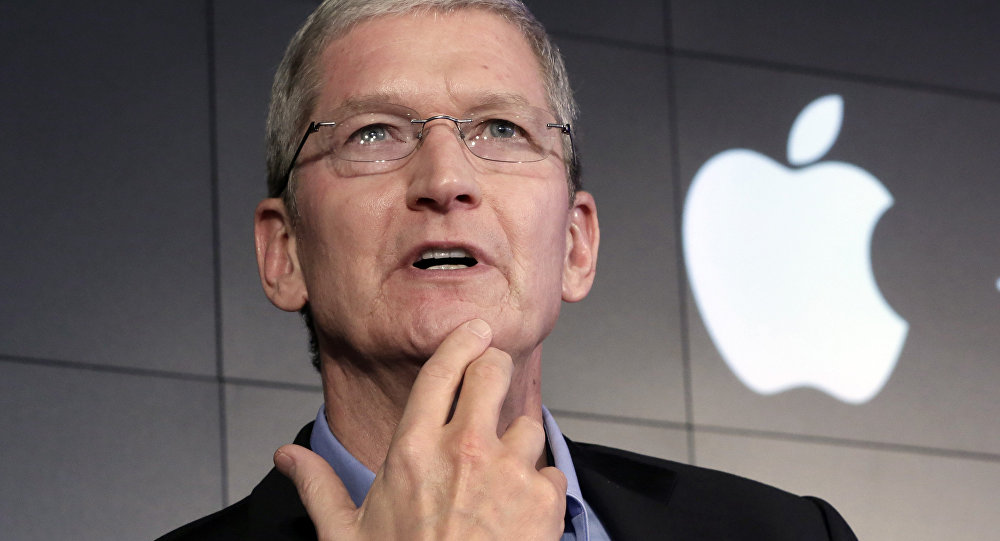 "We've never believed that these detailed profiles of people, that have incredibly deep personal information that is patched together from several sources, should exist," Cook said in an MSNBC interview March 28.

He underscored that such detailed profiles can be abused both by parties with political aims as well as advertisers.

Apple has long boasted about its protectiveness of personal data, which is so robust that it even caused a standoff with the FBI over Apple's refusal to unlock a suspect's iPhone for the agency. Cook underscored that his company views privacy as a "human right" and "civil liberty."

Apple "could make a ton of money if we monetized our customers," Cook told the host, but said the company chose not to.

When asked how much regulation should be imposed on companies that collect personal data, Cook admitted that he is "personally not a fan of regulation."

"I think the best regulation is no regulation, is self regulation. Regulation can have unexpected consequences, right?"

"However, I think we're beyond that," he said.

This week, he echoed that comment when the hosts asked him about whether the Facebook App will remain in the iPhone's App Store in the wake of the scandal.

"The question for us is, [does Facebook] meet the requirements of the App Store and do they meet their policy," Cook answered. "I think well-crafted regulation could change that. If that happened or if we raised the bar some… we would have to look at it."

When asked about what he would do if he were in a similar situation, Cook responded: "I wouldn't be in this situation."