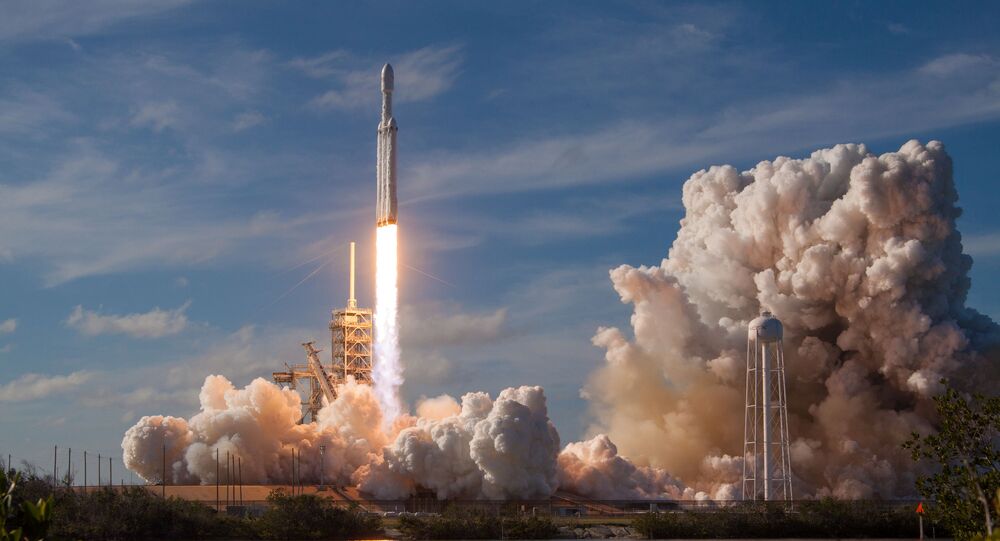 SpaceX launched their Falcon Heavy at 3:45 p.m. EST from the Kennedy Space Center in Florida. The launch was originally slated for 1:30 p.m., but was delayed to wait for winds in Earth’s upper atmospheres to die down.

Two of the Falcon Heavy side cores have successfully made it back to Earth, simultaneously landing at their landing zones.

Falcon Heavy side cores have landed at SpaceX’s Landing Zones 1 and 2. pic.twitter.com/oMBqizqnpI

As for the main core, which has successfully delivered the payload into orbit and had to land at the drone ship, SpaceX is still to announce its status, as the broadcast from the landing pad stopped during the touchdown. Several sources, however, reported that the main core had crashed due to failure to re-ignite all of its engines. Also, during one of the separate broadcasts of the launch, someone said “we lost the center core”.

"We decided to send something unusual, something that made us feel," said Musk on Monday. "The payload will be an original Tesla Roadster, playing [the song] 'Space Oddity,' on a billion-year elliptic Mars orbit."

"It will go out to Mars orbit," he added, "about 400 million kilometers from Earth, about 250 to 270 million miles, and be doing 11 kilometers per second [7 miles per second]… we estimate it will be in that orbit for several million years, maybe in excess of a billion years, and at times it will come extremely close to Mars and there is a tiny, tiny chance it will hit Mars."

With its successful launch, Falcon Heavy has become the most powerful operational rocket in the world twice over. The 230-foot-tall rocket has a liftoff thrust of 5 million pounds and can carry over 70 tons of payload into Low-Earth Orbit. Comparatively, Falcon 9, the predecessor launcher of which Falcon Heavy is a modification, has a mere 1.3 million pounds of liftoff thrust and can carry 25 tons.

Camera views from inside the payload fairing #FalconHeavy

However, the Falcon Heavy is still outclassed by the Saturn V, NASA's launch vessel to the Moon in the 1960s and 1970s. It had a liftoff thrust of 7.6 million pounds and could carry 260,000 pounds into space.

NASA is also working on the Space Launch System, a rocket designed to eventually take humans to Mars. They estimated that it will have as much as 11.9 million pounds of thrust and be able to carry between 75 and 145 tons into space.

.@SpaceX also attempted a recovery of all three of the first stage boosters it used during the launch. It has recovered two of those thus far https://t.co/fBmRqzNXF9 #FalconHeavy pic.twitter.com/SxKJoyD0uK