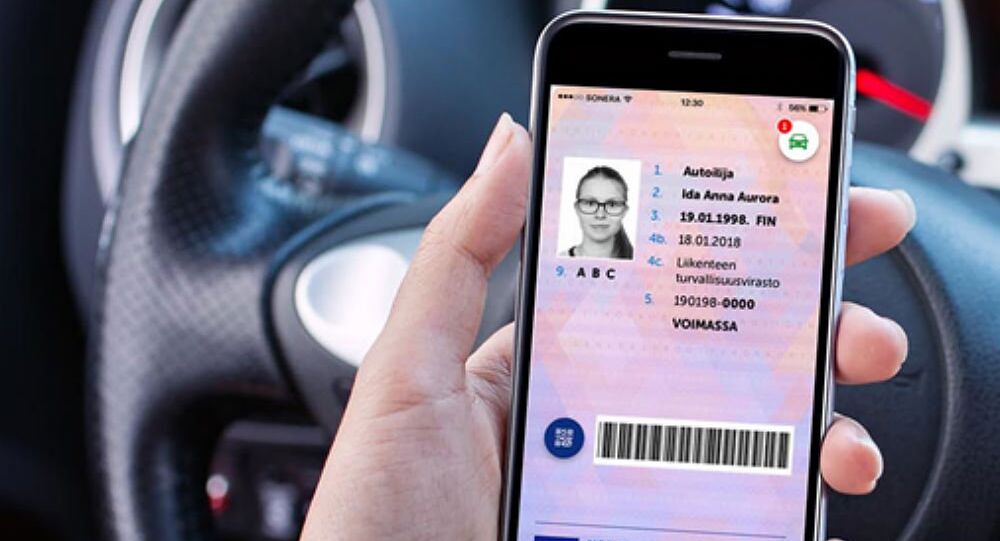 The app-based digital driver's license is expected to become a popular alternative to its time-tested plastic precursors and may even replace them altogether, once necessary legislative changes are made.

The Finnish Transport and Safety Agency (Trafi) intends to wheel out an app that will function as a digital driving license by the end of summer 2018. The agency expects many Finns to "go digital" as soon as the innovation is released, national broadcaster Yle reported.

The digital driving license, poised to become the world's first, has been tried by a test group. According to Trafi, respondents reported successfully using the Autoilija app wherever a proof of identity is required, including picking up postal packages. The digital license's perks include informing the owner of license renewal dates.

At present, however, there are no immediate plans to replace the traditional driving license card with the digital app. Rather it is intended to serve as a supplement. Police Inspector Timo Ajaste stressed that a comprehensive switch from traditional plastic cards to digital ones would require a legislative change.

© CC BY 3.0 / News Øresund - Johan Wessman / Pagatag Svedala
Sweden Pioneers 'Cyborg Passengers' With Microchip Implants
The image in the smartphone has various security elements and a QR-code, confirming its authenticity. Additionally, the digital driving license will neither record the location of its user nor serve as a tracking device, Trafi ensured.

The beta version of the application was adopted for test use in mid-December 2017. So far, it works exclusively on iPhone. However, by summer 2018, it will be available for download from the App Store or GooglePlay, Trafi reported.

The mobile driving license is intended to provide a handy alternative to verifying the user's right to drive, or age in different transactions by including the latest available photograph. By its own admission, Trafi is currently in discussions with many companies and authorities on the approval of the innovation.

According to Trafi, the Autoilija app can be used for searching for the technical information of any vehicle registered in Finland, including engine data, inspection details and vehicle taxation.

So far, the responses from the test group have been positive.

"I was the first at the local post office for the mobile driving license, a cheerful customer," user Kimmo Malm tweeted.

​Finland is known for its road safety and the careful habits of its drivers. Its roads are among the world's safest, with only 218 fatalities recorded in 2014. As up to 90 percent of today's traffic incidents are caused by human error, according to an estimate by robotics specialist Kirsi Miettinen of the Finnish Transport Ministry, automation is forecast to drastically improve safety. The Nordic nation is at the forefront of introducing driverless cars, with several trials going on across the country.

Cool self driving mini buses roaming the streets of Espoo, Finland here at Aalto University. Welcome to Finland. Welcome to the Future. pic.twitter.com/LqUzVk0tmA