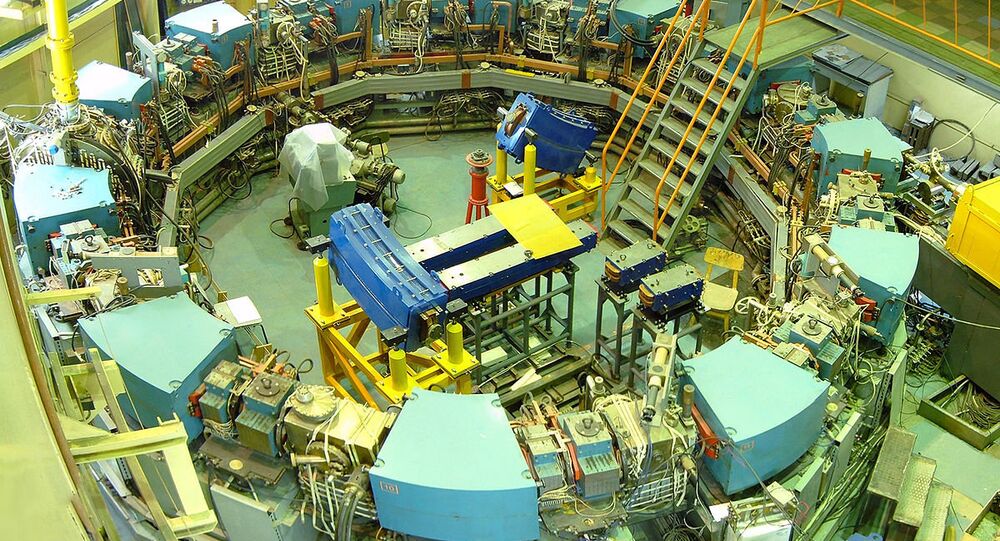 The promising project, already in the testing stage, will effectively allow Russia to achieve self-sufficiency in this area of scientific study.

Researchers from the Budker Institute of Nuclear Physics in Akademgorodok, Novosibirsk region have developed and begun testing of a powerful klystron generator for use by Russian particle accelerators.

The klystron is a high-frequency generator, an important component for the collider's particle acceleration system. At the moment, Russian physics institutes purchase klystrons from Japanese and Western European companies such as Toshiba and Thales.

"We need powerful generators – klystrons, which allow for the creation of an intense electromagnetic field, and factually accelerate the particles in colliders," Budker Institute deputy director Yevgeny Levichev explained.

"At the moment, these devices are not produced in Russia. They are not only expensive, but the situation is such that [countries] simply might not sell them to us," Levichev added, explaining the institute's decision to develop their own klystrons.

© Sputnik / Sergey Pyatakov
Harnessing the Power of Siberia: Physicists Creating Unique Matter-Antimatter Collider in Novosibirsk
According to the scientist, the Budker Institute's klystron will become one of key components in the planned Novosibirsk 'scientific megaproject' featuring a unique electron-positron collider known as the Super Tau Charm Factory. Funds from the Russian Scientific Foundation for that project have been allocated to the development of the new, Russian-made klystron.

According to Levichev, testing on the generating system is underway, and the institute hopes to create a fully functional, production-worthy klystron sometime this year.

The Budker Institute's planned Super Tau Charm Factory particle accelerator and collider is an ambitious and costly project which, when completed, will allow for the study of the collision of beams of electrons and positrons, in the hopes of identifying and classifying phenomena and processes beyond the Standard Model of particle physics.

Thermonuclear Fusion: How Scientists Hope to Extract Energy of Stars on Earth