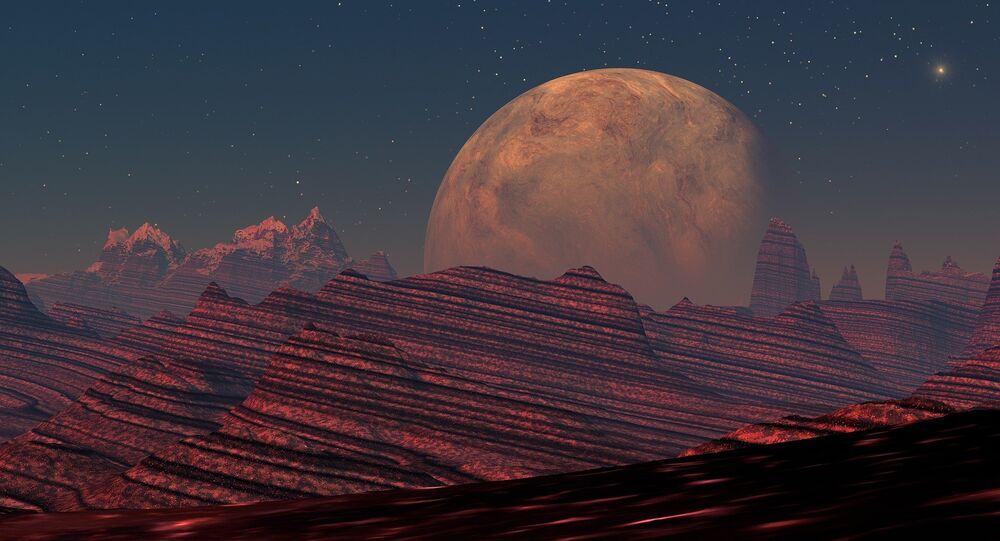 The race between two of the world's largest aerospace companies is heating up. After Boeing’s CEO once again claimed his company will beat Space X to Mars, Elon Musk was quick to fire back.

Speaking to US channel CNBC on Thursday, Boeing CEO Dennis Muilenburg stated that his company will beat SpaceX in the race to Mars. "I firmly believe the first person that sets foot on Mars will get there on a Boeing rocket," he said.

"We're working on that next generation rocket right now with our NASA customers called ‘Space Launch System,'" Muilenburg said. According to him, the 36-story- tall rocket will conduct the first test flight in 2019 and undertake a slingshot mission around the moon.

The bold claim was picked up by Fortune Tech and published to Twitter.

Muilenburg has already challenged Musk's plans to send humans to Mars with a similar statement during a Boeing-sponsored tech summit in Chicago in October 2016. This time, it received a pithy payback from the SpaceX's founder.

Reactions immediately started to pour in on Twitter, and it was hilarious.

What Elon means is pic.twitter.com/mw1PMq35V3

Some praised the competition between the major players and the overall progress of humankind.

Industry juggernauts competing in science and engineering push us forwards as a species. Here's hoping more leaders tackle positive challenges, not just for Mars, but for other transformative sectors as well!

I don’t think this is a bet, guys. Seems like he actually does care more about it happening than beating someone to it. Love it!

Yup. Igniting competition to a technological goal, much like the race for electricity or communications. Competition breeds ingenuity.

Many users took Musk's side, saying his chances of winning the space race were much higher.

In @elonmusk we trust

Seems like Boeing is planning to recruit Elon Musk as CEO😂😂😂

Sorry Boeing you got a better chance of walking to mars then beating Musk.