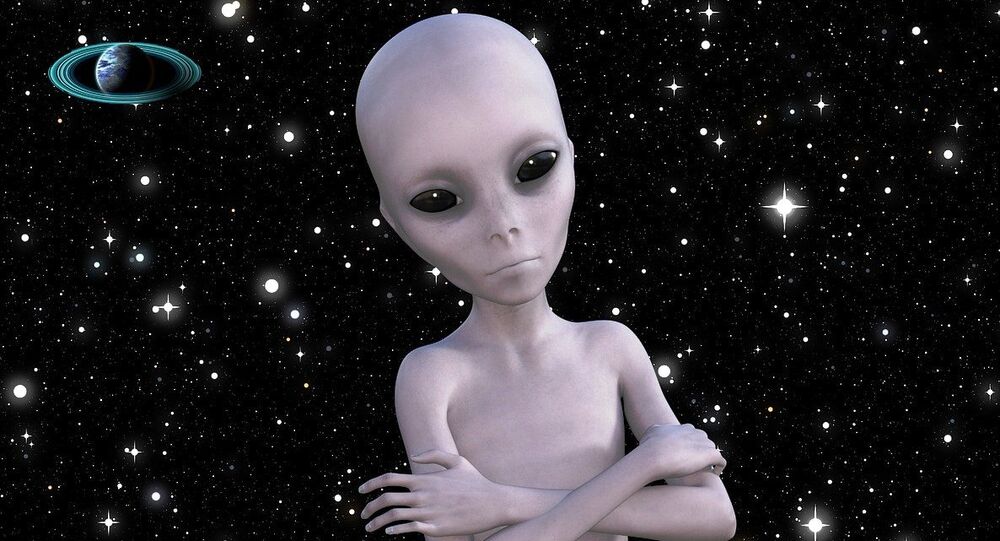 If there are any intelligent extraterrestrials in the universe, they will be getting a message from humans years from now. Head of the organization that has sent a transmission to an exoplanet told Sputnik aliens that are capable of making their way to Earth, know humans exist already.

Scientists at the organization Messaging Extra Terrestrial Intelligence (METI) International in the United States have beamed messages into outer space hoping to make contact with extraterrestrial civilizations, with the expectation that a reply will not come for at least another quarter of a century.

Should we spread terrestrial life throughout the galaxy? What if someone from another world is doing the same with… https://t.co/KZxPxN2iLw

The encoded message was sent by via 'sonar calling,' using pulses from a radio telescope, in the direction of the possibly habitable exo-planet GJ273b and also contained music by 33 artists.

© CC0
SETI Scientist: Proof of Intelligent Alien Life Will Be Found Within 20 Years

METI International is distinct from the more well-known Search for Extra-Terrestrial Intelligence (SETI) Institute in that it is actively trying to establish communication with alien civilizations, while SETI limits itself to finding evidence of their existence.

Dr. Douglas Vakoch who heads METI International acknowledges that there is no guarantee the aliens will understand the message.

"We focus on what we know the extraterrestrials and us have in common, if they can build a radio-telescope on any planet they need to know something as fundamental as one plus one equals two," Dr. Vakoch told Sputnik.

The messages are designed to illustrate basic mathematical sums in the hope that anyone receiving them will be able to reply in a similar way.

Many prominent scientists, the most vocal of whom is renowned UK physicist Stephen Hawking, have cautioned against trying to initiate communication with extraterrestrials as they may be significantly more advanced than human civilization and could also be hostile.

Dr. Vakoch pointed out to Sputnik that "the civilizations that have the capacity to come to Earth would already know of our existence simply by virtue of the radio signals we have been giving off for 70 or 80 years."

If a signal is received in 25 years-time, the next step according to Dr. Vakoch is to study it in order to determine that there is an intelligence behind it before decoding the meaning of the message itself.

"This is the standard SETI protocol, if you get a signal looks good, check with other colleagues, confirm that is really is from an extraterrestrial intelligence and if it is, tell the whole world!" Dr. Vakoch added.