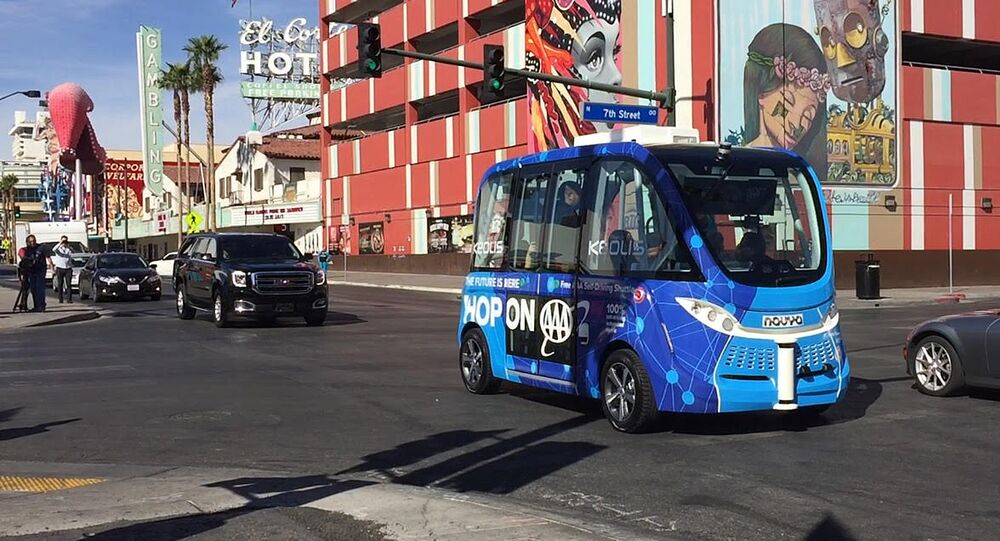 A new self-driving bus crashed on its first day of service in Las Vegas, as self-driving cars increasingly consume the world of transportation.

The driverless shuttle bus was traveling on half-mile loops around the Nevada tourist retreat when a delivery truck came from an alley and snapped its front bumper, city spokesman Jace Radke was quoted by Independent as saying.

Although no one was injured it is still not the best result for a public launch of autonomous vehicles. However, it sheds light on the various issues that may arise when such cars navigate.

​According to Jace Radke, “the shuttle did its job in that the sensors hit on the truck, knew the truck was coming and stopped as it was supposed to do. The problem was the truck didn't stop.”

© CC0 / Pixabay
Are You Ready to Give Up the Wheel? Driverless Cars Make Roads Safer, Apparently
He added that the whole point of testing autonomous vehicles in traffic is to “see what happens when it’s introduced with moving cars and all those variables out there,” Radke was quoted by the publication as saying.

The technology of autonomous cars is still being perfected; advocates suggest self-driving cars are safe and reliable, as they remove human error.

​Alphabet, the parent company of Google, recently announced that it would be launching the first truly driverless taxi service. Alphabet’s subsidiary Waymo will operate with full autonomy and without anyone on standby in the driver’s seat.

The service is being launched on public roads in Phoenix, Arizona, using Chrysler minivans converted with Waymo software and sensors.

​The taxi service will initially be used by Alphabet employees, with a Waymo engineer riding with the passenger to observe the car’s behavior.

Similarly, Uber revealed that it was partnering with NASA to develop traffic signals for flying cars, which Uber hopes to launch commercially before 2028.