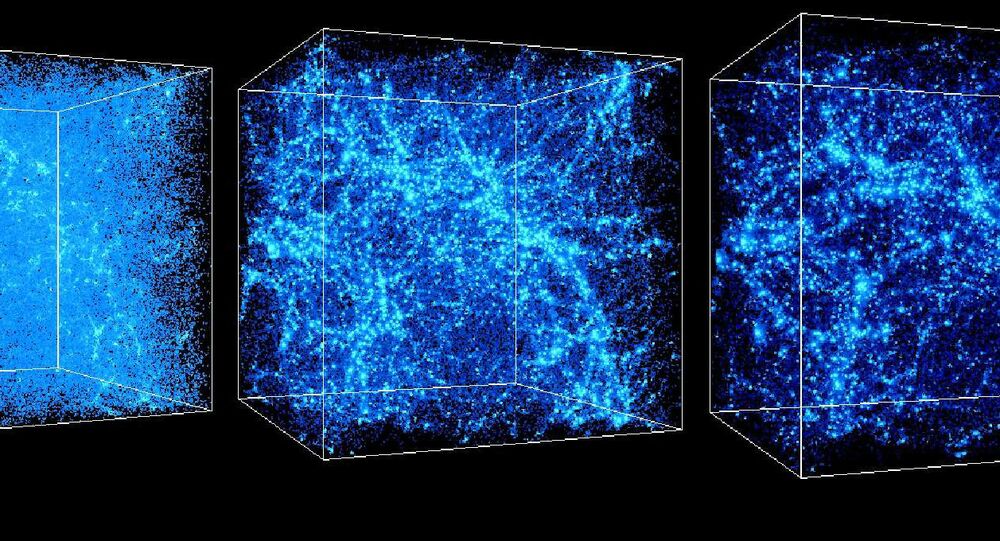 Tracking Universe's Missing Part is 'Breakthrough' But 'Not End of Story'

An international team of researchers has managed to detect the missing 50 percent of visible matter in the universe. It is "a very exciting discovery", Richard Ellis, Professor of Astrophysics at University College London, told Sputnik.

"Understanding the constituency of the universe is of course a fundamental question in astronomy," Ellis pointed out.

He recalled that researchers have long suspected that "there is a lot of hot gas out in deep space and between the galaxies."

According to Ellis, as it often happens in astronomy, theoreticians insisted the gas is there, while observers found it very difficult to verify the information.

© CC0
Far Out, Man! Missing Galaxies Can Be Found By Studying the Ultraviolet Universe
He specifically pointed to the "astonishing" fact that the discovery about the universe's visible matter was made independently by two separate teams of scientists.

Ellsi said that these teams published their results within a week from each other and "completely independently", taking "a map of the galaxy distribution" and looking at "the volume of space in between these galaxies."

The expert underscored that the researchers managed "to stack statistically" a signal between the galaxies and see a very significant result.

The Mystery of the Universe's Missing 'Normal' Matter Has Begun to Unravel https://t.co/3IygaNp7Y5

"I think it is a triumph of statistics and is a very clever method that has eluded astronomers for many years," he added.

© Flickr / John Smith Follow
Cosmological Puzzle: Why is the Universe Three-Dimensional?
He touted this method of stacking galaxy signals as a "breakthrough" way to locate and measure the amount of missing material related to the universe, something that Ellis said indicated "progress that we are making in astronomy.

At the same time, he warned it is certainly "not the end of the story" because researchers should move forward and try to understand how these hot gasses have remained out there for so long."