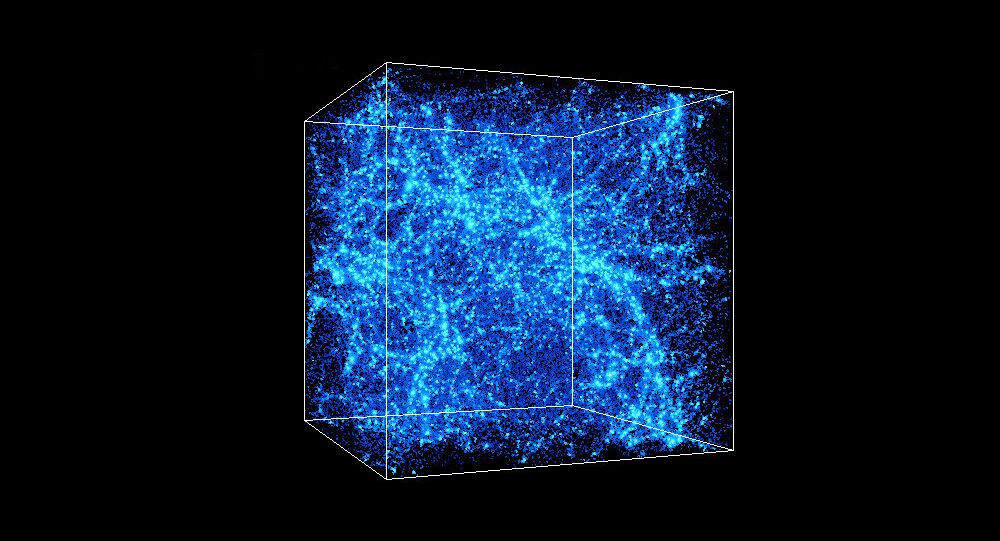 The missing part of the universe is densely packed between galaxies and galaxy clusters, spread throughout filamentary structures in the cosmic web, a new study has revealed.

An international team of researchers has managed to spot the missing 50 percent of visible matter in the universe, according to their research's summary, published by the website arxiv.org.

In their studies, two teams of scientists used the cosmological Lambda-Cold Dark Matter model, which stipulates that dark matter and dark energy comprise more than 95 percent of the universe, while the remaining 4.6 percent include the ordinary (Baryonic) matter consisting of protons, neutrons and electrons.

© CC0
Aliens Are Out There, Universe Is Too Big for Them Not to Exist - Researcher
The scientists from the Institute of Space Astrophysics in France and the University of Edinburgh relied on previous research results which suggested that stars, the interstellar environment and hot gasses of galactic clusters contain only 50 percent of the theoretical amount of the Baryonic matter.

The new study confirmed that the missing ordinary matter can be discovered in the form of filaments of these diffuse gasses, which link the galaxies.

In order to detect the gasses, both teams used the Sunyaev-Zeldovich effect, a phenomenon which takes place after leftover photons of the Big Bang's glow pass through hot gas surrounding galaxy clusters; as a result, the photons leave behind a trace of the gas that can finally be captured.

The scientists analyzed data obtained by the orbiting observatory Planck, designed to study the cosmic microwave background (CMB), which remained after the universe became transparent to thermal radiation.

© Photo : Pixabay
'The Holy Grail for Physicists': First Evidence Universe is a Hologram Uncovered
The researchers were looking for changes in the background caused by the passage of CMB photons through a hot intergalactic environment that could be located between the Luminous Red Galaxies.

With a total of 260,000 pairs of such galaxies already explored, it turned out that in filamentary structures between them, baryonic matter is several times denser than elsewhere in the universe.

Russian, US Scientists to Create 'Coldest Place in Universe' at ISS