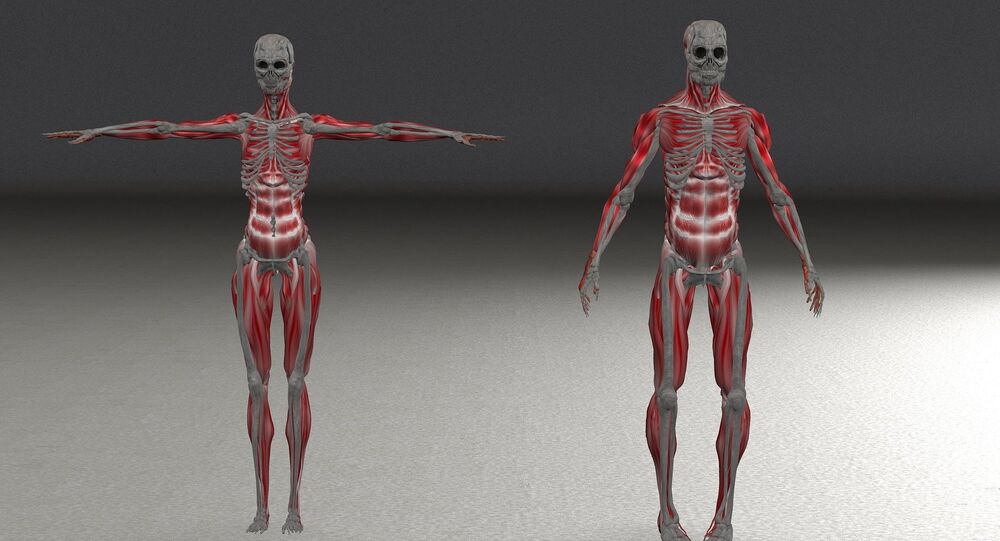 For years it has been the missing link in the eventual creation of robots boasting super strengths - the actual muscle power itself.

A group of scientists have moved a step closer towards developing robotic humanoids that normally only feature in sci-films and video games. As is so often the case, however, turning dreams into reality can be tricky — although there is now hope that researchers at Columbia University have made an important breakthrough.

A team of boffins have developed 3D-printed muscle that can be incorporated within soft, fleshy robots — allowing them to lift 1,000 times its own weight and exert three times more force than human muscles.

Professor Hod Lipson, a mechanical engineering professor at Columbia University, believes it is a significant step in developing robots that will ultimately make our lives just a little bit easier.

"This is a big piece of the puzzle. We've been making great strides toward making robot minds, but robot bodies are still primitive," Professor Lipson said.

Scientists have always accepted that robot bodies must be nimble enough to move like humans but, at the same time, have the power to lift, push and pull considerable weight.

Now the creation of "soft robotics" will help achieve this goal by paving the way for them to be incorporated on fleshy robots — although there is still a long way to go.

Such a move forward is also not without its risks, however, as there is still a serious safety issue to be tackled.

"You cannot work with a lot of robots today, side-by-side, because of the safety," Dr. Aslan Miriyev, a postdoctoral researcher in the university's Creative Machines Laboratory said.

"The robot will do what it will do — and it'll do it perfectly — but it won't care about you. In some labs, you cannot just enter because you will actually be injured by those robots, " Dr. Miriyev added.

However these soft muscles are a move in the right direction towards creating the perfect humanoid — one that could someday help people take out the trash or even help you move into a new home.

Indeed Dr. Miriyev believes they could be adapted for use in hospitals and nursing homes as well as provide welcome muscle during natural disasters such as hurricanes and earthquakes.

"Imagine nurses, who are under high pressure today because of low nurse to patient ratios: they can get help with specific procedures around the hospital."

The 3D-printed soft muscle is basically modeled after human and animal muscles and is also incredibly cheap to produce.

Still a Long Way to Go

Jonathan Rossiter, of the Department of Engineering Mathematics at the University of Bristol, welcomed the breakthrough, but insisted the final barrier is still some way off.

"It is just going to take a little longer. So the work is kicking out at creating this muscle and it is a step forward in that he has generated some nice high forces, but they are not as fast, it takes about a minute for these things to move and they are not very efficient," he added.

'I'll Be Back': Researchers May Be Close to Creating a Real-Life Terminator