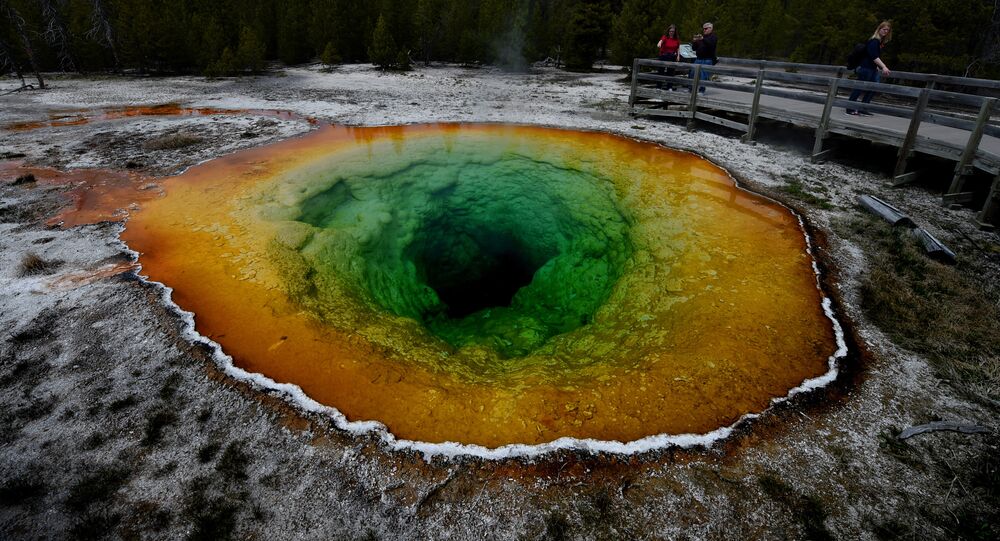 NASA researchers have come up with a plan to neutralize a threat that may pose a far greater danger to Earth than asteroids – supervolcanoes.

Earlier NASA scientists warned that the possible eruption of even one of the 20 known supervolcanoes may deal catastrophic damage to the planet, surpassing even that of an asteroid impact.

However, the researchers may have also designed a method to defuse this menace, according to The Independent.

Located in the US state of Wyoming, the Yellowstone caldera is one of the most famous supervolcanoes in the world. And according to the estimates provided by the newspaper, not only would its eruption incinerate everything within 60 miles, it would also spew vast quantities of volcanic dust into the atmosphere, blotting out the sun and plunging the world into a “volcanic winter.”

© CC0 / Pixabay
Supervolcanoes Could Herald a 'Gold Rush' for Lithium to Power Electric Cars
And while such a catastrophe is extremely unlikely to happen anytime soon, the scientists are trying to figure out a way to decrease this probability even further.

The project designed by NASA researchers involves pumping water via a borehole straight into the molten rock and then return scalding liquid back to surface, cooling down the caldera. Furthermore, the heated water would be used to drive turbines and generate electricity, effectively making this project double as a geothermal plant.

According to NASA aerospace engineer Brian Wilcox, the goal of this project is to "gradually defang Yellowstone as a threat to humanity."

Meanwhile, a continuing earthquake swarm located over the Yellowstone caldera has now produced 2,357 tremors since its June inception.