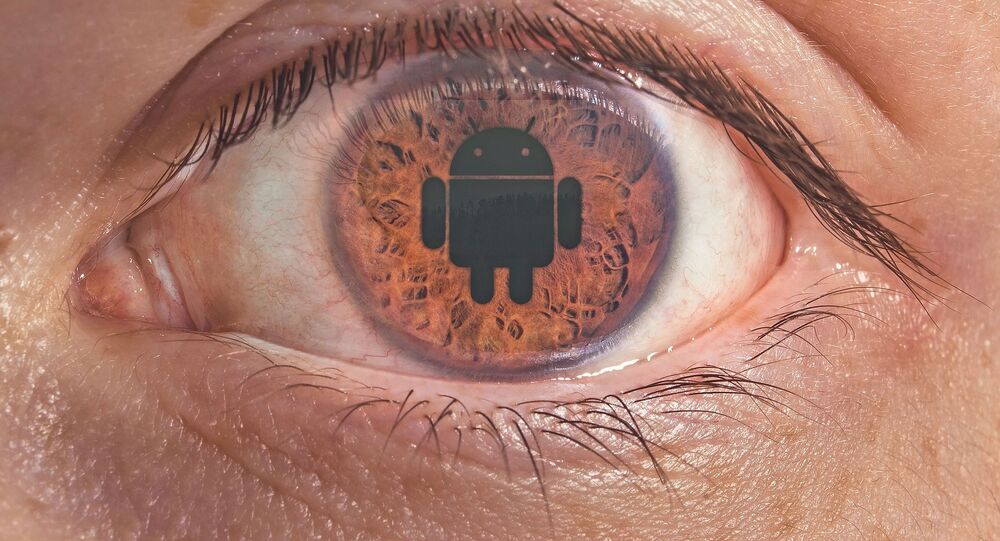 The Taylor Wessing Photographic Portrait Prize has nominated a work depicting an android, the first time a non-living thing has ever qualified as a portrait subject - while sure to incite intense debate among photographers, the philosophical implications run far deeper than the arts.

In 1968, famed science fiction author Philip K. Dick asked whether androids dream of electric sheep — in 2017, some critics are asking whether androids are eligible subjects for the Taylor Wessing Photographic Portrait Prize.

As the award show looms, the prize jury has whittled down 5,717 international submissions entered by 2,423 photographers from 66 countries, to a shortlist of three aesthetically spellbinding potential prize winners. One of the photos features not a human, nor any biologically living thing, but an android.

The National Portrait Gallery in London, which will host the awards, issued a statement acknowledging the photo effectively breached rules on portrait photo submissions, but had decided not to disqualify the entry.

"The rules are reviewed every year and this issue will be taken into consideration for next year. There are occasions when particularly compelling portraits raise interesting questions about the genre of portraiture, and these may be included at the judges' discretion," a spokesperson for the National Portrait Gallery said.

In the first, Cesar Dezfuli documents the rescue of Amadou Sumaila, a migrant being saved from drowning by a rescue vessel in the Mediterranean Sea, in international waters 20 nautical miles from the Libyan coast.

Since the photo was taken, he has been transferred to a temporary reception center for migrants in Italy.

​In the second, Abbie Trayler-Smith captures the reaction of a young Iraqi girl fleeing the clutches of Daesh, at Hasan Sham IDP camp in Northern Iraq.

Trayler-Smith was in attendance documenting Oxfam's work at the camp when a convoy of buses arrived from Mosul, transporting individuals who had escaped the battle mere hours prior to safety.

The photographer was struck by the shock and bewilderment writ large on the young girl's face as she looked out at the camp. To Trayler-Smith, her expression encapsulated perfectly the feelings all individuals who have been forced to flee their homes around the world face.

​The third, dubbed "One of Them Is a Human #1" by Maija Tammi, may be the most controversial of the triumvirate — for rather than capturing the humanity of a scene, the photograph portrays Erica, an android produced by Japan's Hiroshi Ishiguro Laboratories.

As its title suggests, the photo is but one of a series, which presents androids alongside a human, and asks what it means to be alive in the process.

A non-human, non-living portrait photo ending up in the running for one of the industry's most prestigious accolades is certain to stimulate intense debate in the arts, but the implications run far deeper than practical sectoral considerations — for the nomination reflects the rapidly evolving nature of machines, and machine intelligence.

© Photo : Pixabay
A Little Help From My Friends: Skype Gives Facebook's Robot Lessons in Being Human

As the intelligence — and cognitive independence — of machines grows and grows, the prospect of androids and many other electronic devices developing distinct thoughts, opinions and personalities becomes a very real one.

Likewise, the question of whether and to what degree these personalities could and would make machines "living things" becomes very significant — and the ramifications extend well beyond the art world.

Androids Not Here Yet: 'Progress Towards General AI is Really Overhyped'