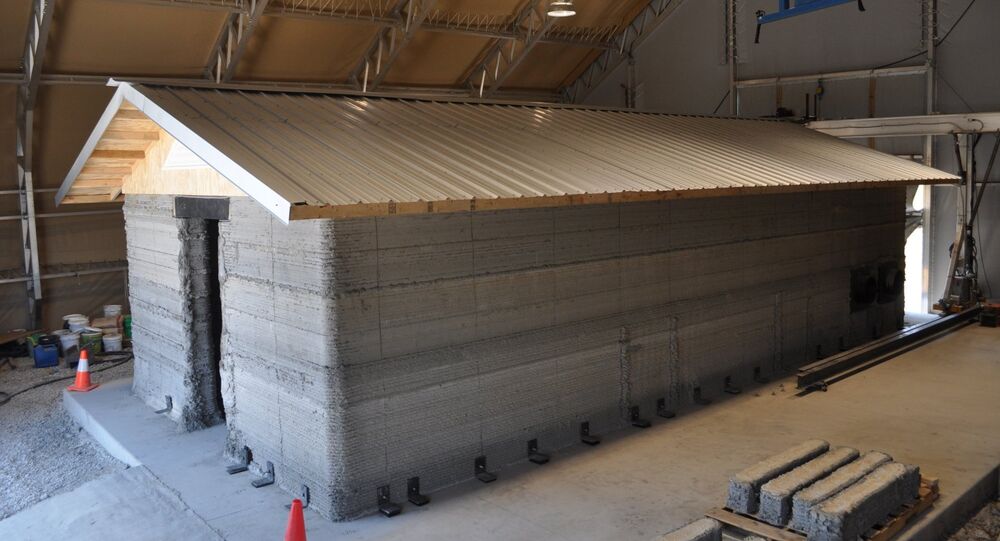 Built in a Day: US Military Learns to Print Whole Concrete Buildings

The US military has successfully tested a new technology that allows them to 3D print entire buildings made from concrete.

This achievement was made possible thanks to a US Army program called Automated Construction of Expeditionary Structures (ACES) which "uses an additive manufacturing process to "print" semi-permanent structures in a theater of operation", according to a statement posted on the US Army’s official website.

© CC0 / Pixabay
US Navy 3D Prints 30 Foot Concept Submersible in Under One Month
According to Dr Michael Case, ACES program manager, their creation "provides a capability to print custom designed expeditionary structures on-demand, in the field, using locally available materials," effectively allowing the US Army to rapidly erect "buildings and other required infrastructure, such as barriers, culverts and obstacles."

The ACES program is expected to improve the US military logistics by significantly reducing both the manpower requirements and the dependency on shipped construction materials.

"The ACES team designed, built, and validated an additive, three-dimensional concrete printing technology that is a real game changer. Unlike previous efforts, ACES can use up to 3/8" aggregate in the concrete that is used. In addition, the ACES project paid particular attention to methods of reinforcing printed concrete, both horizontally and vertically," Case added.

The US Army Engineer Research and Development Center has already entered an agreement with Caterpillar Inc to explore the potential for commercial application of this new technology in disaster relief operations and conventional construction.

Furthermore, CERL scientists are also working together with their colleagues from NASA to develop a new concrete printer which is expected to be delivered around September 2017.

Australia Harnesses 3D-Printing Techniques for Military Purposes, at Some Risk