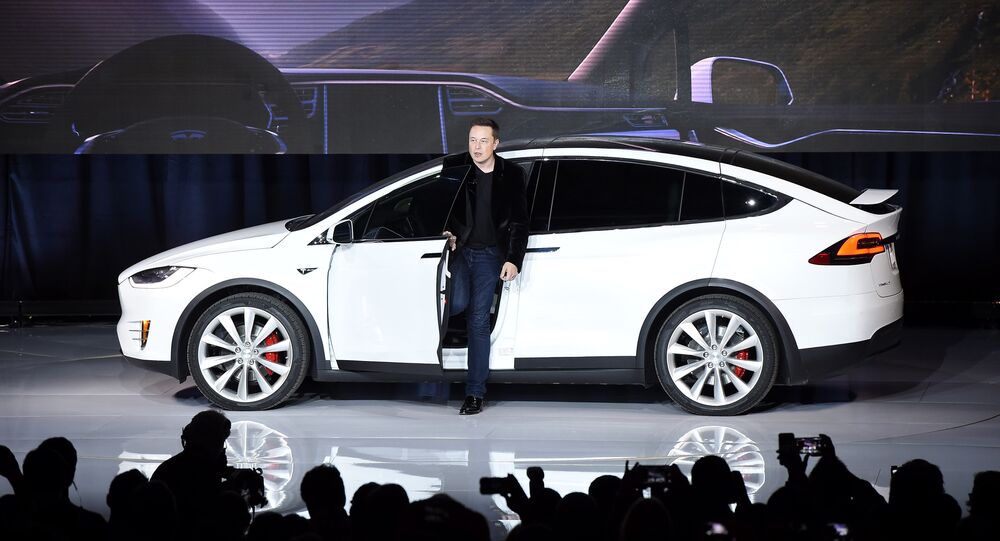 Worker safety at Tesla's flagship auto plant has been called into question by a new report, as the innovative US automaker battles with attempted unionization and undergoes a rapid expansion to produce the Model 3, an electric vehicle for mass public use.

The investigation was conducted by worker safety advocacy group Worksafe, and analyzed three years of federal records filed with the US Labor Department's Occupational Safety and Health Administration.

It found injury rates at the firm's flagship Fremont, California vehicle plant — which employs 10,000 — were well above the industry average in 2014 and 2015.

Similar high injury rates were detected in 2016 at the plant, but Worksafe was unable to offer an accurate comparison because official industry-wide statistics were unavailable for that year.

While as noted industry stats for 2016 are not yet available, even if they remained at 6.7 per 100, it would still place Tesla well beyond the average. Tesla's 2015 DART rate — a metric that means days away, restricted duty, or transfer rate, considered an indicator of the most serious nonfatal injuries — was double the industry rate.

Worksafe analyzed Tesla's OSHA logs, and their findings are not pretty… pic.twitter.com/bviAJbuuqv

​The report also questions the company's recent claims of lowering injury rates at the factory.

On May 14, Tesla published a blog — "Creating the Safest Car Factory in the World" — highlighting improvements to its safety record.

The company said the "significant overtime" worked by employees was necessary "for the company to survive" — and it had made strenuous efforts reduce the overtime burden on each team member and to improve safety over 2016. It also attributed publicized concerns about the plant's safety to a "concerted and professional" media campaign on the part of United Automobile Workers, as part of the union's push to organize workers at the plant.

Moreover, it said each department now had a Safety Team that met regularly to increase safety awareness, and recommend improvements (many of which have been implemented) — and the company was continuing to establish health and safety management procedures to scale with its operational growth.

While the post claimed Tesla's safety record was much better than industry average, and the firm's goal was to have as close to zero injuries as possible — the factory's injury rates have allegedly fallen to 4.6 injuries per 100 workers through the first quarter of 2017, 32 percent better than the industry average of 6.7 — Worksafe argues a single quarter isn't a sufficient length of time to accurately determine whether this is a trend or a temporary dip, helped by a one-week closure of the factory for maintenance. Worksafe also contends the company's claims are based on preliminary data that can't be considered accurate "given Tesla's erratic reporting patterns."

$TSLA Worksafe analyzed Tesla’s injury logs, WHICH HAVE ALSO CHANGED SIGNIFICANTLY since recent claims of reducing injuries in Q1 of 2017.

​The report contains several personal accounts from former Tesla workers, attesting to the gruelling, unsafe conditions they toiled under. One, Alan Ochoa started working at Tesla in 2014, assembling door panels. He says he was one of the only employees able to keep up with the line's pace, and his team quickly fell behind.

"The number one rule is that you can't stop the line. They call it the Money Line - if you stop it for ten minutes they say it's a million dollars out the door. We got behind, we worked ten times harder to keep momentum up, and so we could have a buffer for the next shift. After a while I realize I'm dropping things, can't hold on to them. Then the pain started," Ochoa said.

When he spoke to management about the pain he was experiencing, he was transferred to another job in the same work area, assembling door handles.

This supposedly "light duty" work actually made the symptoms worse. However, getting a diagnosis proved frustrating. Tesla's in-house doctors misdiagnosed him twice, telling him first it was mere strain, giving him a dose of ibuprofen and sending him back to work.

Eventually, he was diagnosed with carpal tunnel in both wrists, and placed on medical leave in May 2015, where he has remained ever since.

Despite this, Tesla's record keeping practices meant his sick leave was recorded as 79 days missed due to injury, and 101 days on job transfer.

As of May 2017, he is unable to drive, as doing so places him in excruciating pain. All he can do, he said, is take a pill and "hope for the best." He wishes to go back to work, but is uncertain what he'll be able to do — and what his future is.