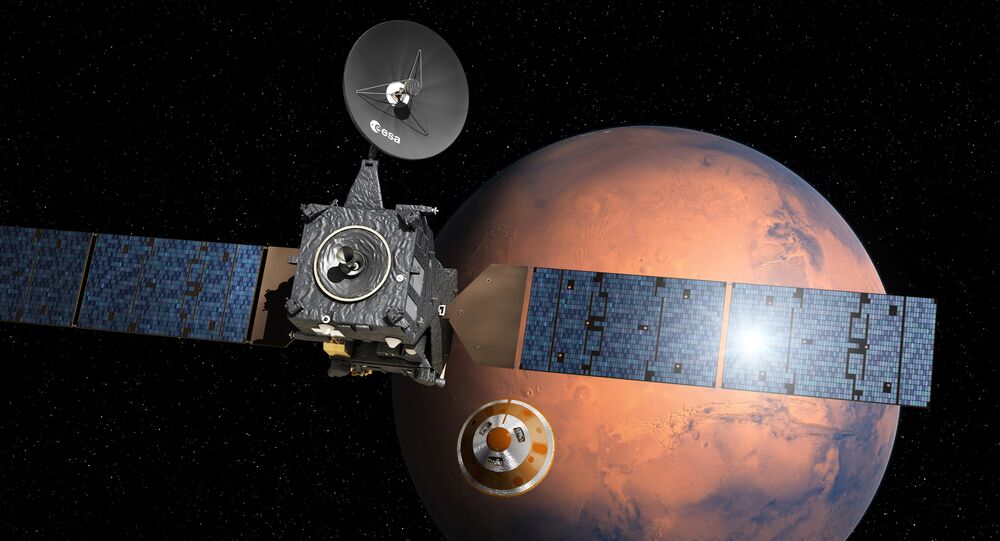 A new study has shown that Martian soil can be compressed into a building material similar to steel-reinforced concrete, but even stronger – meaning it could be used for the construction of a Martian settlement.

One of the central issues in building a Martian colony is the same one faced by creators of permanent settlements in any remote location: building materials. Perhaps shipping tons of concrete and steel to Antarctica is feasible, but moving matter into space is expensive and difficult. A cost-effective Martian colony would have to use materials already abundant on the Red Planet.

As Mars was virtually undisturbed for billions of years, the soil around the planet is highly uniform in chemical composition. If someone could find a way to make useful things out of the dirt, it'd be a big leap towards making a Martian colony financially viable.

"Near-future exploration to Mars connotes the technology of space construction," wrote the research team with the University of California at San Diego team that studied simulated Martian soil. "Permanent human settlement on Mars requires infrastructure to sustain habitats and life. A steady supply of structural materials is integral towards this effort."

The new study was funded by NASA and published in the journal Scientific Reports. During the study, the team used a Martian soil simulant called Mars-1a meant to mimic the dusts of Mars as closely as possible. Using compression alone, the researchers turned Mars-1a into a very strong, dense rocky material.

"In this work we demonstrate that Martian soil simulant Mars-1a can be directly compressed at ambient [temperature] into a strong solid without additives, highlighting a possible aspect of complete Martian in-situ resource utilization."

Previous teams have made bricks and other materials from Mars-1a, but they did so by changing the chemical composition in complex, frequently expensive procedures involving a polymer that bonds to the soil.

Study lead Yu Qiao and his team set out to find a cheaper polymer – but discovered that they didn't need one at all. Instead, they encased Mars-1a in a rubber tube and compacted it with a compressor. This caused the iron oxide present in Martian soil (the thing that gives it its red color) to act as a bonding agent, turning loose soil into dense rock.

The experimental brick was less than a millimeter thick, however. The researchers intend to test their method further on larger and larger bricks. If successful, they may have discovered the secret to building durable, cost-effective structures on Mars.

But don't book your stay in a Martian hotel just yet. Mars' soil is highly uniform compared to Earth, but that doesn't make it totally identical. Soil low in iron oxide would be less effective, or totally useless, with this technique.

In addition, while Mars-1a is very similar to Martian soil, it isn't identical. The technique may prove less effective on the real deal. "That is also our worry—everyone's worry," said Qiao in an interview with Popular Science.

As part of their new "Journey to Mars" initiative, NASA intends to put a human on the Martian surface sometime in the 2030s, possibly as part of a permanent scientific colony. "The people who will go to Mars will be incredibly brave," Qiao said in a statement. "They will be pioneers. And I would be honored to be their brick maker."