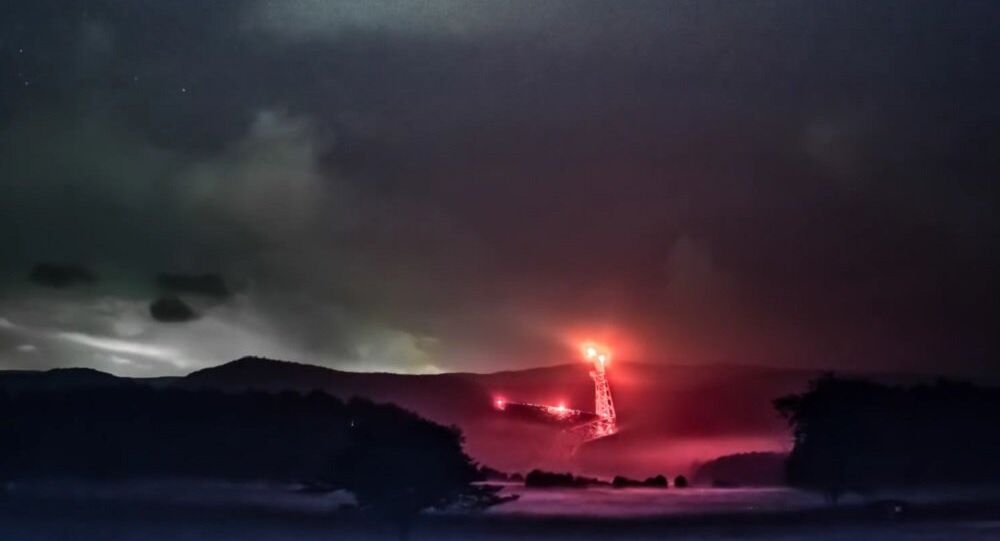 The Breakthrough Listen project, which is the widest-scale SETI project started two years ago, has published the preliminary results of its hunt for radio signals from extraterrestrial beings. 11 potentially promising signals are currently being reviewed.

Andrew Siemion of the SETI Center at the University of Berkeley said that the whole world could have access to the research material, as the scientists involved in the project have sent the data, and scientific articles for publication, to the leading astronomical journals of the world.

“We have not yet found any unambiguous trace of the existence of extraterrestrial intelligence, but we have just begun this search. What we have done in the framework of the Breakthrough Listen allows us to conduct deeper and more systematic searches,” Siemion said.

© Flickr / Gray Lensman QX!
Let's Get Away! 8 Places in Space Where Extraterrestrial Life Might Be Possible
Two years ago, Russian billionaire Yuri Milner together with cosmologist Stephen Hawking put $100 million into a decadelong search for aliens known as the Breakthrough Listen initiative.

“It was the widest-scale SETI project announced since Project Phoenix in 1995, which itself was the successor of a cancelled 10 year, $100 million SETI effort by NASA,” online publication Astronomy reported.

In October and November last year, the project entered its implementation phase. The scientists and engineers at Breakthrough Listen installed devices they developed to search for extraterrestrial life on the American GBT telescope, its Australian "cousin" at the Parks Observatory and enlisted the support of the scientific team of the world's largest radio telescope, FAST, in China.

Now Siemion and his colleagues have released the preliminary results of their search for aliens from 692 nearby stars. They published the results on the project's website.

In addition, they announced the discovery of 11 potential traces that may point to the existence of aliens. The traces were caught by telescopes in different radio emission ranges.

Everyone who is interested in these “messages from space” can download and analyze the data to help the scientists.

As noted by the project participants, all these bursts of radioactivity most likely have natural origins but nevertheless, their discovery has motivated Breakthrough Listen partakers and made them expand the field of searches.