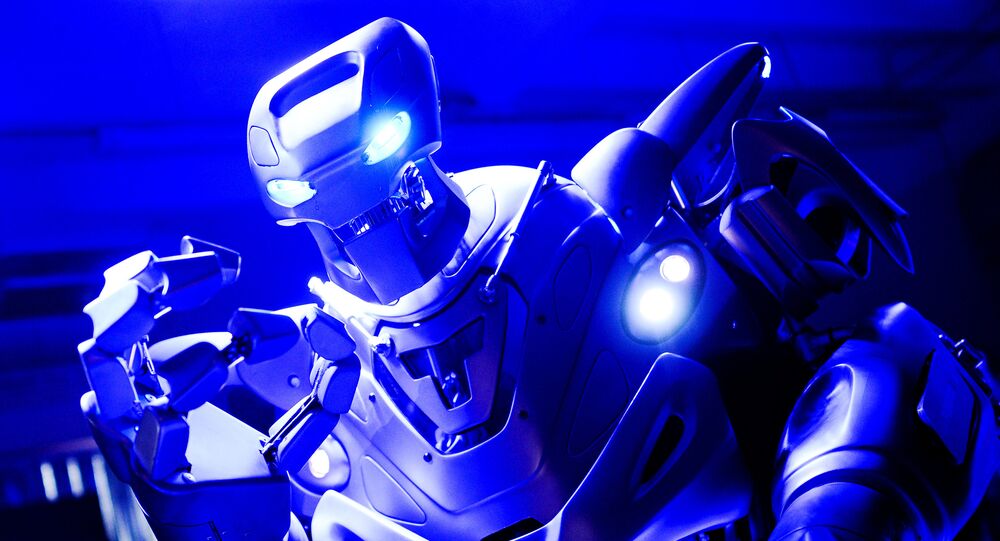 Increasing automation using sophisticated and potentially even intelligent gadgets means that robots are about to develop enough "brainpower" to compete with humans. Danish scientists are concerned that the man-robot handshake may yield unforeseen consequences.

© Photo : Pixabay
Machined All Over: Danes Dread Digitalization Breeds Joblessness
According to psychologist Svend Brinkmann, there is a real risk that science fiction will ultimately become reality and robots will end up taking over the world.

"The robots are coming and taking over our work, and when I get old and go to a nursing home, I'll probably be tended to by a robot. I want to know if that's something I should be dreading or looking forward to," Svend Brinkmann told Danish Radio.

According to Professor Henrik Iskov Christensen, who heads a robot research center at the University of California in San Diego and has held similar top posts at other universities in the US and Europe, mankind should be extremely careful not to let robots call the shots.

"If we are not careful, there is a risk. There is technology that we cannot always control, and there are possibilities that it may go crazy, just look at viruses on the internet," Henrik Iskov Christensen told Danish Radio.

According to Iskov Christensen, it is crucial to proceed from the condition that humans still remain in the driver's seat. According to him, the biggest challenge in the various fields of robotics is to make robots ready and willing to interact with people and be helpful to them.

"Traditionally, industrial robots were placed in a cage so they were safe to use. Now we are at the stage where screens are being taken down to get robots to collaborate with people and help them," Henrik Iskov Christensen said.

© AP Photo / James Brooks
Swedes Microchip Themselves, Become Guinea Pigs in Digital Dystopia
According to Henrik Iskov Christensen, who was a scientific advisor in robot technology to US President Obama and has helped the Congress with strategies and initiatives in this area, too many robots were designed by engineers alone without ever thinking about man. Therefore, humanist scientists must become equal partners of technicians in creation of future robots. Incidentally, his own laboratory in San Diego has a department of cognitive research, which may become an important aspect of robotics, ensuring the "human touch."

This reflects a common trend within the robotics industry, which has begun to increasingly involve philosophers and priests in ethical discussions. For example, the international scientific company Robotics and Automation Society has a priest from the Vatican on its ethics council, Danish Radio pointed out.

A robot is defined as a system that is able to retrieve information from its surroundings, take intelligent decisions and make physical changes. For instance, an industrial robot can locate and move items, a service robot may provide assistance, whereas a flying robot can carry out monitoring tasks.

© Sputnik / Igor Zarembo
Russian Humanoid Robot 'Fedor' Learns to Shoot Using Both Arms
At present, the automotive industry has the highest degree of automation. Henrik Iskov Christensen predicts that children born today won't need a driver's license because they will only use self-driven cars.

Another problem, however, is that present-day legislation does not take into account robots' widening role in society and is not prepared to tackle any violent consequences of man-robot interaction.

Earlier this year, Luxembourg member of the European Parliament Mady Delvaux moved to form a framework for a European robot law, which would define the rules for who is held responsible if a robot hurts a human being. Of yet, it remains to be decided if the owner or the producer will be held responsible if, for example, a driverless car is involved in an accident.

Save the future for all of our fellow brobots! Destroy all humans! pic.twitter.com/n8jcaxjv

Army of Robots: Inside a Post-Human Chinese Factory