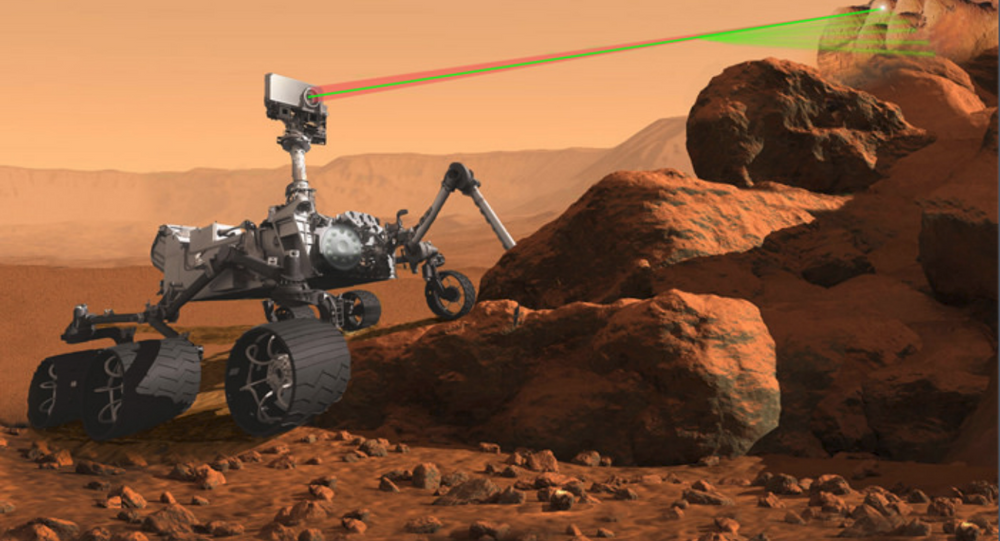 NASA’s Jet Propulsion Laboratory (JPL) is developing a chemical test for extraterrestrial soil that would reveal whether a planet has life. They claim that the test, properly implemented, would be 10,000 times more sensitive than existing methods.

In the process, a robotic probe first collects soil from a planet; for instance, Mars. The soil is then mixed with a reagent, and the mixture is placed under a powerful laser that uses an electric field to separate and identify the constituent molecules. If amino acids, the building blocks of carbon-based life, are present in the soil, they would be detected, with no human involvement.

More than experimental, NASA has tested the technique in California's Mono Lake, which has a very high level of salinity and alkalinity, successfully identifying 17 distinct amino acids from a single water sample.

The technique is known as capillary electrophoresis. A capillary is a thin tube, whereas electrophoresis is a technique by which electric fields separate molecules by size and electrical charge. It is most commonly used in forensic science to separate DNA samples from contamination.

"Our method improves on previous attempts by increasing the number of amino acids that can be detected in a single run," said JPL postdoctoral student and study lead Jessica Creamer, in a statement. "Additionally, it allows us to detect these amino acids at very low concentrations, even in highly salty samples, with a very simple 'mix and analyze' process."

The technique can distinguish between amino acids that are present in organic life and those that are not, said principal investigator Peter Willis.

According to the JPL website, the "key to detecting amino acids related to life is an aspect known as 'chirality.' Chiral molecules such as amino acids come in two forms that are mirror-images of one another. Although amino acids from non-living sources contain approximately equal amounts of the 'left' and 'right'-handed forms, amino acids from living organisms on Earth are almost exclusively the 'left-handed' form."

© Flickr / Kevin Gill
Could an Alien Megastructure Be Causing the Rapid Dimming of a Star?

Capillary electrophoresis can determine the chirality of the molecules it examines, allowing NASA to sort amino acids into organic and inorganic molecules.

JPL is excited about their findings, as finding microscopic life on an enormous planet would be difficult otherwise. "Life on Mars" would be the astronomical find of the century, but the planet's surface encapsulates about 54 million square miles, almost as much land as there is on Earth, and the technique could make it far easier to hunt down life.

"One of NASA's highest-level objectives is the search for life in the universe," Willis said. "Our best chance of finding life is by using powerful liquid-based analyses like this one on ocean worlds."