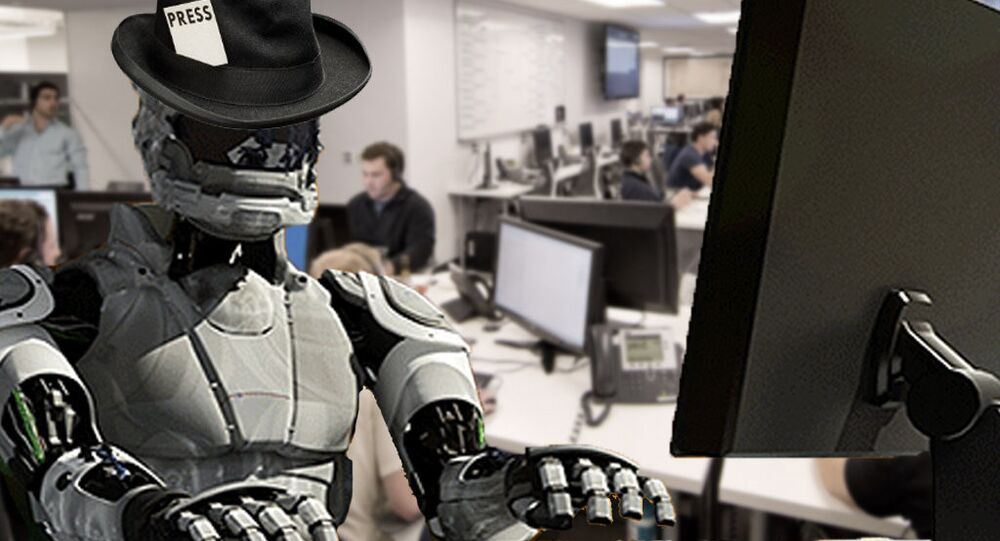 While media industry experts hold fierce discussions on the future of the profession and thousands of students from around the world are trained in journalism departments, Chinese robot reporter Xiao Nan made its debut in a Chinese daily on Thursday, churning out a 300-character-long article in just a second.

The robot reporter, named Xiao Nan, was constructed by Wan Xiaojun, a professor at Peking University who leads a team that studies and develops such robots.

Xiao Nan’s debut story covered the Spring Festival travel rush, the largest annual migration, on Earth, when millions of the Chinese working or studying outside their home towns hurry home to reunite with families to ring in the Chinese New Year and celebrate the so-called Spring Festival.

The article was published in Guangzhou-based Southern Metropolis Daily on Wednesday.

It took the robot only one second to finish this 300-character piece. According to Wan as quoted by China Daily, Xiao Nan is able to write both short and long reports.

“When compared with the staff reporters, Xiao Nan has a stronger ability to analyze data and is quicker at writing stories,” the professor said.

“Such experiments are creating unease among the staff of the state-run media outlets as they fear they might lose their jobs,” Wan admitted.

But according to him, that does not mean intelligent robots will soon be able to completely replace reporters.

‘Robots are still unable to conduct face-to-face interviews and respond intuitively with follow-up questions. They also do not have the ability to select the news angle from an interview or conversation,” Wan added.

The professor said he is developing these to act as a supplement, helping newspapers and related media, as well as editors and reporters.

Nightmare or Reality? Sex Robots Could Replace Humans by 2050