Archeologist harvested blackened 3,800-year-old potatoes in British Columbia, Canada. The crop is uneatable, of course, but proves that North American natives tended gardens during the prehistoric era. The garden is older than the Hanging Gardens of Babylon, found in Greek and Roman texts.

The remains were discovered by University of British Columbia scientists led by Tanja Hoffmann, at an archaeological site called DhRp-52, which lies west of Vancouver.

The site had been underwater for centuries, resulting in good preservation of plants and other organic materials like wooden tools that would have normally disintegrated over such a long time. It was revealed during inspections to build a road. 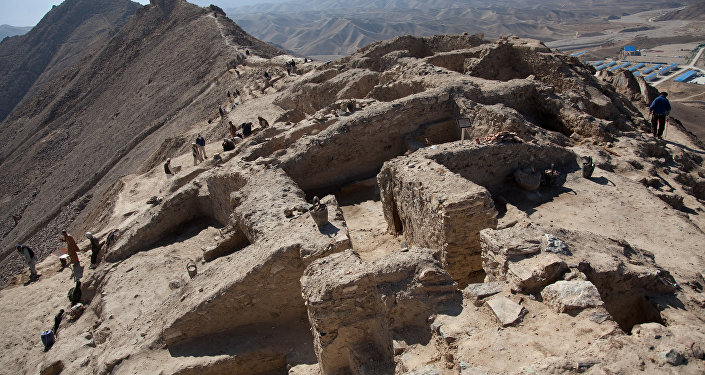 The site is the first direct evidence of plant cultivation in the prehistoric Pacific Northwest, according to a study published in the Science Advances journal. According to the study, the site showed that plant cultivation did not only exist, but also involved sophisticated engineering techniques used by farmers to control the flow of water.

In all, the researchers dug up 3,767 whole and fragmented Wapato plants (Sagittaria latifolia). Today, these plants are not cultivated by farmers, but had long been important to indigenous people. These are chestnut-sized plants with a texture like potatoes and taste quiet sweet.

The garden did not look like modern-day potato field; it was watery like today’s rice paddies. The special engineering techniques included, for example, a rock pavement that "formed a boundary for the cultivation" of the potatoes and held them in their growing positions.

The researchers also discovered around 150 fire-hardened tool fragments made of wood which they believe to be the tips of "digging sticks."