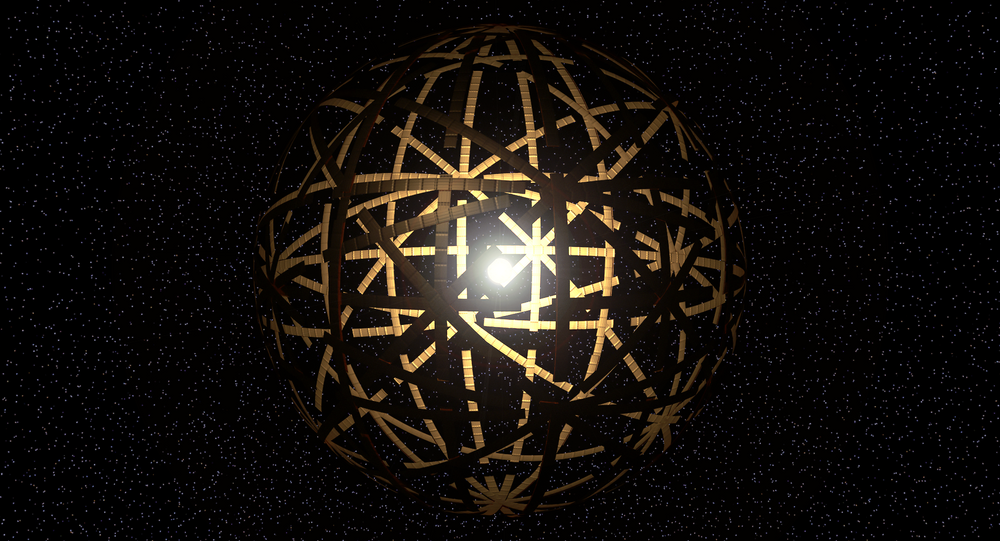 Astronomers continue to debate the mystery of KIC 8562852, better known as Boyaijan’s Star. In September 2015, Yale’s Tabetha Boyajian discovered that the star has rapidly dimmed over the last seven years, at one point by as much as 22 percent.

The loss of brightness by Boyaijan's star is far too drastic to be explained by an orbiting planet blocking our view of it, and the discovery has sparked a furor among researchers to discover what the cause of the dimming is.

Hypotheses include comet fragments, a cloud of some sort of interstellar matter (the preferred hypothesis of the scientific community, according to Pennsylvania State University's Jason Wright) or simply a variance in the star's luminosity. The most outlandish, and yet intriguing, hypothesis is the possibility of an alien megastructure.

Breakthrough Listen, a $100-million initiative to discover extraterrestrial life sponsored by Russian billionaire Yuri Milner, has led the charge in investigating the potential of alien life around Boyaijan's star. The Green Bank Telescope in West Virginia is acquiring additional information about the anomalous celestial body. The most recent paper, penned by Wright, catelogues possibilities, but is unable to definitively state the cause of the mysterious dimming.

Although highly unlikely, and a "one in a billion chance," according to Dan Werthimer, a scientist with the Search for Extraterrestrial Intelligence (SETI) Institute, the possibility of an alien megastructure has warranted more investigation. In spite of fifteen months of investigation, however, no explanation has presented itself for Boyaijan's star's rapid dimming. "I think it's very likely that we haven't heard the right answer yet — that I haven't heard the right answer yet, anyway," Wright said during a meeting of the American Geophysical Union.

Alien megastructures are a popular subject for theoretical physics papers and science fiction novels. An example is a Dyson Sphere, a large web of space-based structures that harness the energy of a star.

For now, Boyaijan's star remains remains an intriguing mystery, but it is probably not the sign of an advanced alien civilization.