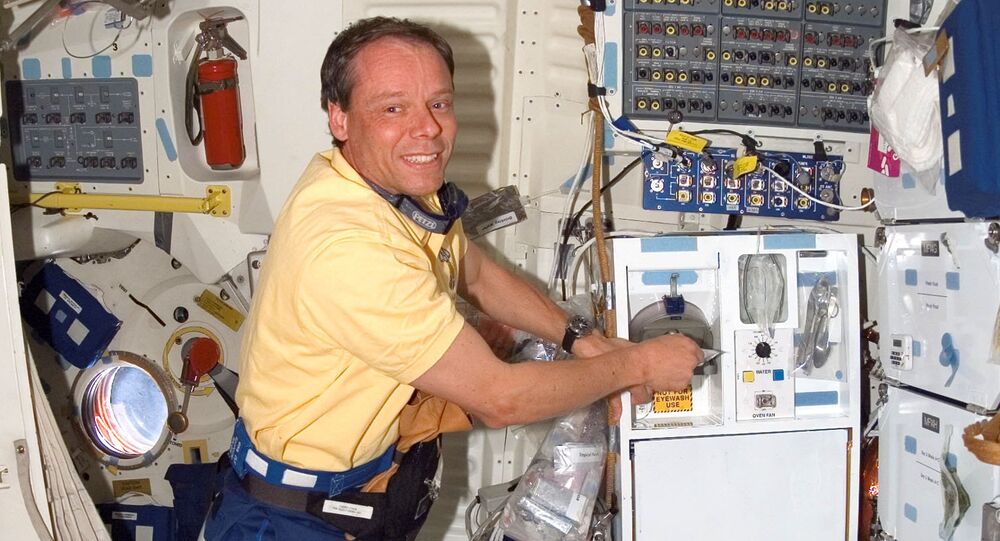 Ten years after sending the nation's first and only astronaut into space, Sweden is considering investing more into space exploration and hopes to land Swedes on Mars by the 2030s.

ESA
Beyond Ikea: Swedish Gadget to Harvest Water on Martian Surface
According to Christer Fuglesang, the only Swede ever to travel into space so far, this is a realistic goal. According to Fuglesang, it is more of a political and economic issue than a technical one, since Sweden has not been investing enough despite its talent in the field, Swedish daily Dagens Nyheter reported.

At present, Sweden is one of the 22 nations involved in the European Space Agency (ESA). However, sending a Swedish astronaut to Mars would require broader international cooperation and a more intense commitment, the Swedish Liberal Party argued in a presentation of their new proposals for Swedish space policy.

Along with the headline goal of having a Swede on Mars by the 2030s, the proposed Liberal space strategy also includes improved support for "space startups" and investments in space tourism.

© Photo : Pixabay
Sweden Employs 'Penis-Meters' to Raise Sexual Awareness
However, the Swedish government is currently more focused on down-to-earth areas like navigation, communications and earth observation, than on the dream of reaching the red planet.

"Sending people to Mars is spectacular, but also costly. With budgets not endless, it is important to set priorities," Research and Higher Education Minister Helene Hellmark Knutsson, who is in charge of space-related issues, said.

Sweden has been engaged in space activities for a long time. Just a few months after John F. Kennedy's speech in which he set the goal of taking the first man to the Moon, the first rocket was launched from Sweden. The country's space base Esrange in Kiruna recently celebrated its 50-year anniversary. The city of Kiruna also hosts the headquarters of the Institute of Space Physics. Sweden has launched a number of satellites and has a space law, which many countries lack.

At present, the Swedish government is working on its own space strategy, based on the recommendations an investigator made last year. One of the suggestions is to update the Esrange space center to make it capable of launching small satellites.

At present, however, Swedish-American astronaut Jessica Meir, whose mother is a native of Västerås, is Sweden's likeliest candidate for future space missions. Meir was selected for NASA's elite astronaut program in 2008 and after competing her training and is currently pending a mission assignment.

​​"Yes, I'll be the next Swede in space," Meir told the Swedish tabloid Aftonbladet, expressing hope for an assignment within three years. A mission requires two additional years of training.

Curiously, 56 percent of respondents in a poll by the Swedish tabloid newspaper Expressen said they had no desire at all to travel to space.