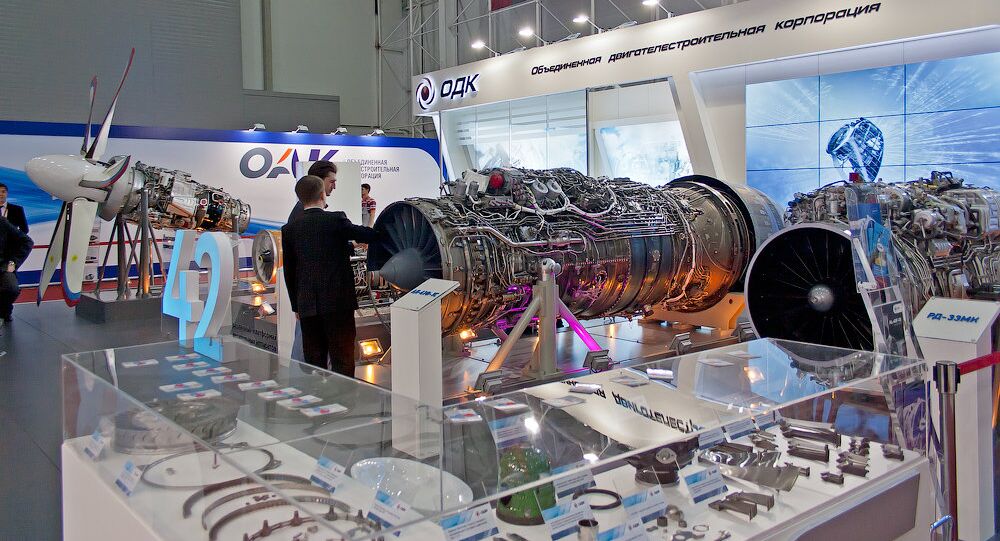 The engine is planned to be produced in Russia as a knock-down kit with subsequent assembly in China.

"We are increasing cooperation with our Chinese partners in the area of energy equipment supplies by UEC for the Chinese market, as well as in with regard to jointly developing promising industrial gas turbine equipment," UEC Deputy Director Sergei Mikhailov said in a statement.

The engine is planned to be produced in Russia as a knock-down kit with subsequent assembly in China, according to the company.

UEC is also looking into cooperating with a number of Chinese companies to set up decentralized energy generation projects in China, including the supply of 2.5-10 megawatt gas turbine engines as well as power units based on the engines.

© REUTERS / China Daily
Russian-Chinese Wide-Body Passenger Plane to Be Assembled in Shanghai
Options for using Chinese compression systems and generators for Russian projects as well as in third countries are also being looked into, Mikhailov added.

UEC, part of the state-owned Rostec technologies corporation, specializes in the production and servicing of engines for military and civilian aircraft, space programs and navy vessels, as well as for the energy industry.