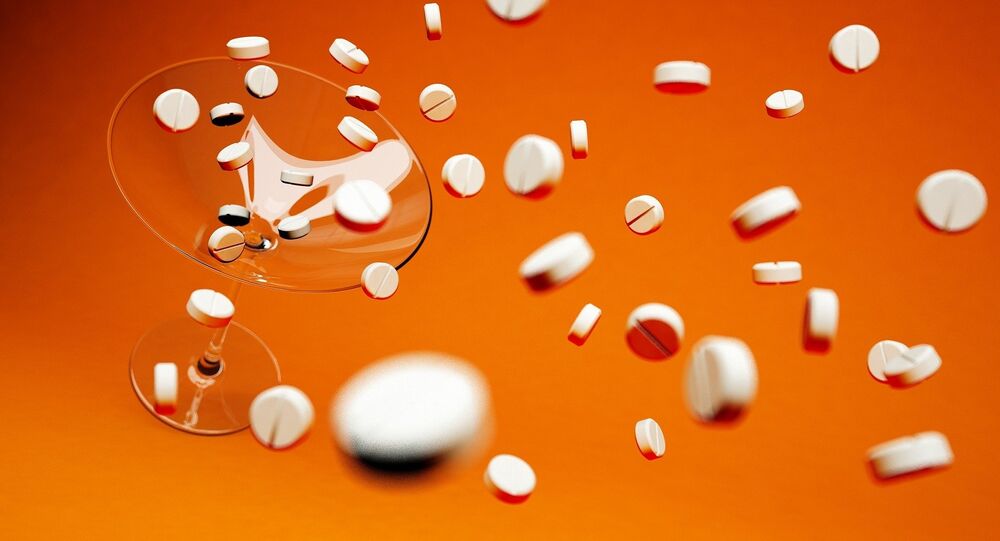 Drug dealers usually try their best to evade the law and hide from police to avoid potential prosecution, but not on the dark web.

© Flickr / Jonathan Rolande
Soon Illegal Legal Highs Could Be Sold Via Dark Web, Says Top UK Cop
Here in the hidden depths of cyberspace, criminals, drug dealers and hackers exist beneath the all seeing eye of the authorities, selling their wares, which often includes illegal drugs.

Okay, so if the authorities really want to investigate them, they can, just by heading to the dark web themselves. And now it appears a couple of dealers are making it even easier for the cops to catch out the drug pushers after Motherboard reported two cases of "brazen dark web dealers," who appear to be publicly sharing images of their drug lab or workshops.

#DNM vendor AlpraKing posting pictures of his "old" lab on Reddit. So many #OPSEC fails, I'm not sure where to start pic.twitter.com/ltLcmPEzCk

​Other than stating the obvious that this could easily get them caught, it also looks like they don't care, or perhaps they think that they won't get caught?

According to the report, AlpraKing, who sells Xanax, a prescription drug belonging to the benzodiazepine family used to treat anxiety and panic disorders, allegedly uploaded photographs of their operation.

The discovery, revealed on Reddit stated: "Over 10 million pills were produced there over the course of 9 months."

What about not taking pictures of easily identifiable items? pic.twitter.com/zTbpexiPue

Motherboard asked AplraKing why it would bother uploading the allegedly incriminating pictures, to which AlpraKing replied in an online message:

AlpraKing continued to tell Motherboard that running a virtual drugs business on the dark web had similar demands to running a company above board and in the real world.

However, Twitter user "La Moustache" has been quick to point out the errors of such allegedly open dealings on the dark web by highlighting incriminating bits of information that can be spotted on the pictures initially published by Motherboard.

That being said they've been running what seems to be a tight operation for a while so they must be doing sth right https://t.co/OqawLl6CBv

​But it's not just AlpraKing, who is allegedly and so fragrantly lifting the lid on its drug production and distribution methods. So-called dealer "BenzoChems" uploaded a video of their alleged employees in their lab.

This is what a Chinese Alprazolam (Xanax powder) lab looks like. Courtesy of DNM vendor BenzoChems.https://t.co/hmRxJsge4U

​According to Motherboard, boasting on the dark web about the volume of pills produced is becoming increasingly common among Xanax dealers, "probably because it's a trending drug or that law enforcement don't seem to give it too much attention," AlpraKing suggested.

Xanax is a highly addictive drug, prescribed by doctors to treat patients suffering from anxiety disorders. It is known for its sedative effects. According to drugabuse.com addicts often build up a tolerance to Xanax meaning more are needed to reach a similar high, reached when it was first used.