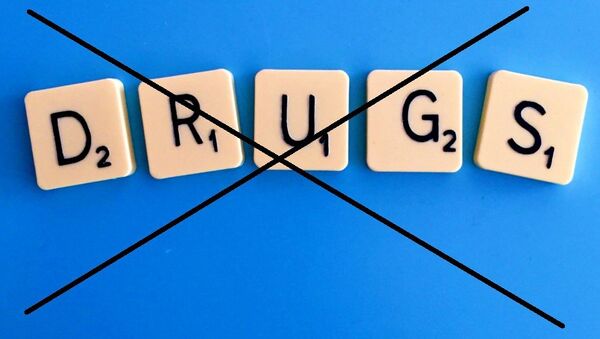 © Flickr / Jonathan Rolande
Subscribe
A blanket ban on legal highs comes into force this week, however some believe this will force dealers to go online and inevitability, increase the number of deaths

The UK's war on drugs has taken a new turn, despite a blanket ban on legal highs coming into force this week, there are fears that the ban will only benefit drug dealers and politicians, as users search for new ways to purchase and turn to the so-called 'dark web' which has no regulation.

Commander Simon Bray, the National Police Chiefs Council's lead on New Psychoactive Substances, believes that people who are determined to access legal highs, will still be able to, if they go online. It is believed that the dark web will be a seller's hot spot, as dealers move online in an effort to keep trade of the substances going.

"Clearly, there will be some movement onto the dark net, where people find it lucrative to sell substances and where people are going to buy them," said Commander Simon Bray.

Legal highs, also known as New Psychoactive Substances (NPS) can be purchased in shops on the high street and  are believed to have the same addictive properties and potency as ecstasy, cannabis — and even heroin. The popularity of these drugs has increased dramatically over the last few years.

This statistic demonstrates the reason for the ban and why the police and the government are so concerned.

The dark web is an untraceable area of the Internet. It is used by criminal drug gangs to sell and trade in illegal activity. The dark web contains different websites, but the IP addresses are hidden. They can be visited by any user but it is difficult to see who is behind these sites. According to Commander Bray, this may make it harder to access the drugs.

"But, of course it is not going to be so easy for the average person to get hold of them. I can go on a website now using Google and there are about 100 different websites selling these things. I'm not so good at getting onto the dark web, I haven't got into bitcoins. I've got a credit card and I 'aint going to go on the dark web with that, thank you very much. That would put me off," said Bray.

However, some critics of the ban on legal highs believe that it is an exercise that will only put the most vulnerable people of society at risk. Many of the shops that sell these drugs have attempted to do so responsibly, with shop owners refusing to sell to those under the age of 18.

Professor Nutt, a British psychiatrist and neuropycopharmacologist, who specializes in the research of drugs, believes the ban will only increase deaths and that most shops who sell legal highs, do in fact practise quality control and are responsible. However this new ban will mean that no one is in charge of how much can be sold to any one individual.

I signed this letter along w/ over 1,000 others from around the world urging the UN to end the drug war.https://t.co/SHx8l8e4rB #UNGASS2016

"It will be a scary market and there will be much less safety, deaths will increase," Nutt said in a recent interview.