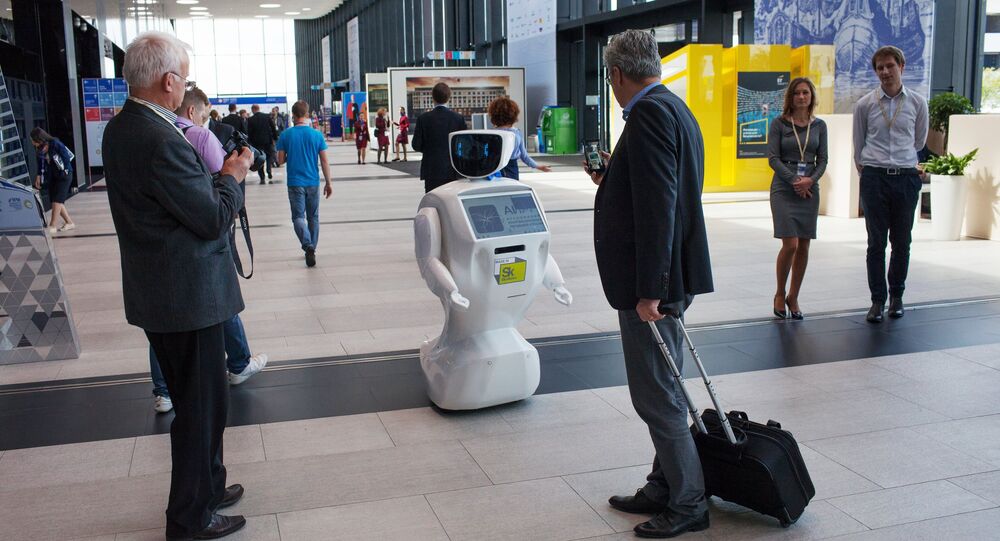 The Russian Promobot company is ready to provide its robots for the Arab and Japanese markets, the firm's co-founder told Sputnik.

VLADIVOSTOK (Sputnik) — The robots-assistants designed by the Russian Promobot company may soon enter the Arab and Japanese markets, Oleg Kivokurtsev, co-founder of the Perm-based company, told Sputnik on the sidelines of the Eastern Economic Forum (EEF) in Vladivostok.

"In October, there will be a presentation of the third generation of the robots [Promobot V.3]. With this generation of robots, we plan to enter the Arab market. When we were at the presentation in Dubai, one of the sheikhs of Saudi Arabia got interested in our robot. He said it was the best solution he had ever seen. His only question was whether the robot could bow down to him," Kivokurtsev said.

"The third generation of the robot will not only be able to bow. It will have an even higher level of face recognition, speech recognition, modern interface. It will be a robot of the luxury segment, at the price of 1.5 million rubles [$23,000]. We already have customers ready to buy these robots, we sold two of them in Russia. I think we will also easily enter the Japanese market," the Promobot co-founder continued.

Kivokurtsev added that Promobot also plans to sign agreements with a Chinese company on delivery of several robots-assistants. This will be the second order for the Russian robots from China. The first contract for the supply of 100 Promobot robots was concluded earlier this year with the Keysi Microelectronics company. According to Kivokurtsev, the first 10 robots adapted to the Chinese market have already been delivered.

© Photo : cleverchair.com
Promobot
© Photo : Promobot
Ni Hao You Doin'? Russian Robots Meet and Greet in Chinese
He noted that three robots have been sold to the United States and one to the Czech Republic, with robots operating for a long time in Kazakhstan. The negotiations on the delivery of the robots to Poland and Ukraine are underway.

Promobot is a social robot designed to recognize the speech and appearance of people, as well as to conduct a simple conversation.

In January 2016, Kivokurtsev, 24, was placed on the Forbes magazine's top-30 list of young entrepreneurs in Europe aged under 30 years old.