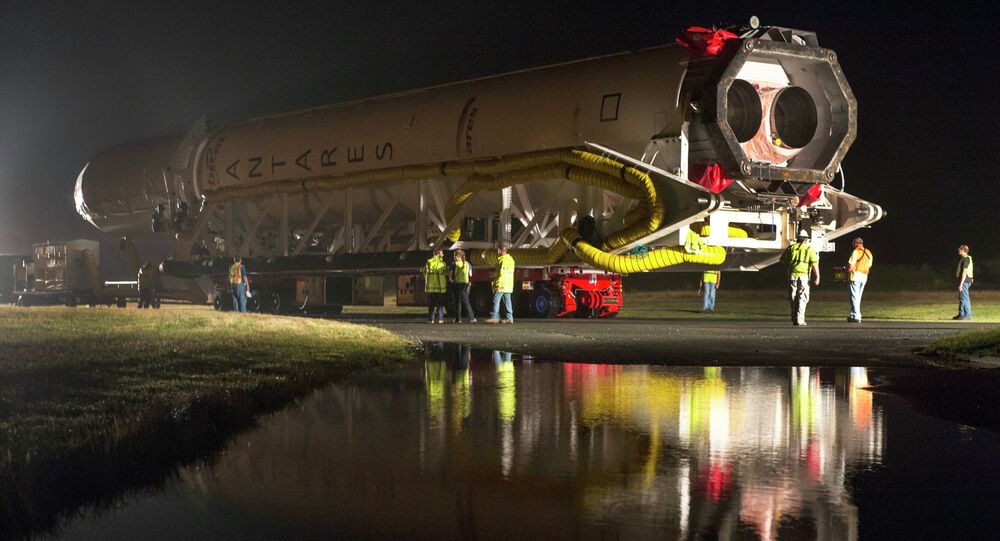 Launch of US Antares Rocket Powered by Russian Engine Postponed

The first launch of the upgraded US Antares rocket, powered by the Russian RD-181 engine, has been postponed until late September, developer company Orbital ATK said in a statement on Wednesday.

© Flickr / NASA Johnson
Indispensable: US to Buy More RD-181 Rocket Engines From Russia
MOSCOW (Sputnik) — The Antares carrier rocket will be used to launch the Cygnus spacecraft designed to transport supplies to the International Space Station (ISS). The launch of the rocket was first expected in July and later moved to August 22.

"Due to a variety of interrelated factors, including the company's continuing processing, inspection and testing of the flight vehicle at Wallops Island, and NASA's scheduling of crew activities on the International Space Station in preparation for upcoming cargo and crew launches, Orbital ATK is currently working with NASA to target a window in the second half of September for the launch of the OA-5 [Antares] mission," the statement reads.

According to the statement, the exact launch date will be identified in the coming weeks.

Two launches of the Antares rocket have been successful, while the has been a disaster. In October 2014, the rocket exploded seconds into its launch at the Wallops Flight Facility located on the Atlantic coast of the US state of Virginia.