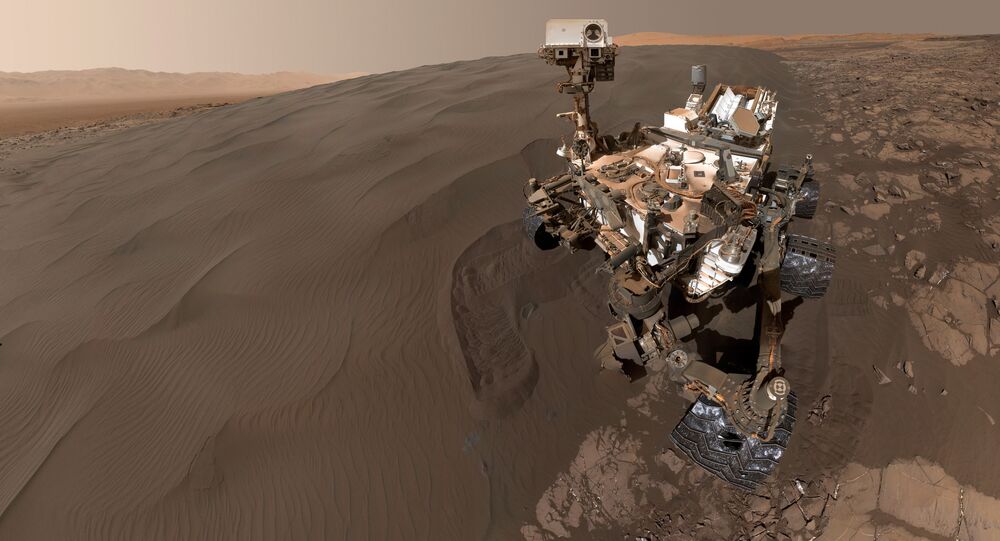 When NASA launched Curiosity Rover, a 1-ton robotic beats that would basically take planetary exploration to the next level, we all knew we was in for a brilliant treat.

The car-sized curiosity rover is the centerpiece of NASA's US$2.5 billion Mars Science Laboratory mission to Mars. Curiosity was sent the Red Planet to assess whether the it is or ever will be capable of supporting microbial life.

Well its official, the Curiosity Rover has just become even cooler — and here's why:

NASA announced that it has allowed Curiosity the power to fire a laser at targets of its choice.

Yes that's right, a robot has the free will to fire a laser… But sorry to disappoint, it's not the kind of laser you're thinking of.

​The purpose of the laser is to zap rocks and analyze their chemical composition. Curiosity's definitely happy about this…

Dynamite with a Laser Beam: I can now choose rocks to zap with ChemCam on my own. #pewpew https://t.co/LykbkDIJmM pic.twitter.com/lBifknxhdZ

The Red Planet explorer is a workhorse — it has so many unique gadgets, it's hard to tell which one is the best.

The MastCam — a brilliant imaging tool — has the capability of capturing high-resolution color pictures and videos of the Martian landscape.

Giving us lots of cool images, as well as possibly selfies, to gawk at.

Here I go again on my own. Down the only road I've ever known. Out of safe mode—back to work https://t.co/vPXUmmiTyj pic.twitter.com/v4TI4AZt5T

The rover has a few tools to search for habitability. Among them is an experiment that allows it to bombard the surface with neutrons. The neutrons slow down if they encounter hydrogen atoms: one of the elements of water.

Curiosity's 7-foot arm can pick up samples from the surface and cook them inside the rover, sniffing the gases that come out of there and analyzing them for clues as to how the rocks and soil formed. Pretty neat, right?

Besides hunting for habitability, Curiosity has other instruments on board that are designed to learn more about the environment surrounding it. Among those goals is to have a continuous record of weather and radiation observations to determine how suitable the site would be for an eventual human mission.

The radiation assessment detector or RAD measures rads in flight & on Mars to assess conditions for human exploration pic.twitter.com/vPPvFZyTwx

​Curiosity's Radiation Assessment Detector runs for 15 minutes every hour to measure radiation on the ground and in the atmosphere. Scientists in particular are interested in measuring radiation that can generate lower-energy particles after it hits the gas molecules in the atmosphere. Gamma rays or neutrons generated by this process can cause a risk to humans.

No sick days since 2013, and I go into precautionary safe mode over a holiday weekend? #smh https://t.co/vPXUmmiTyj

Its official. Curiosity is one rad robot.