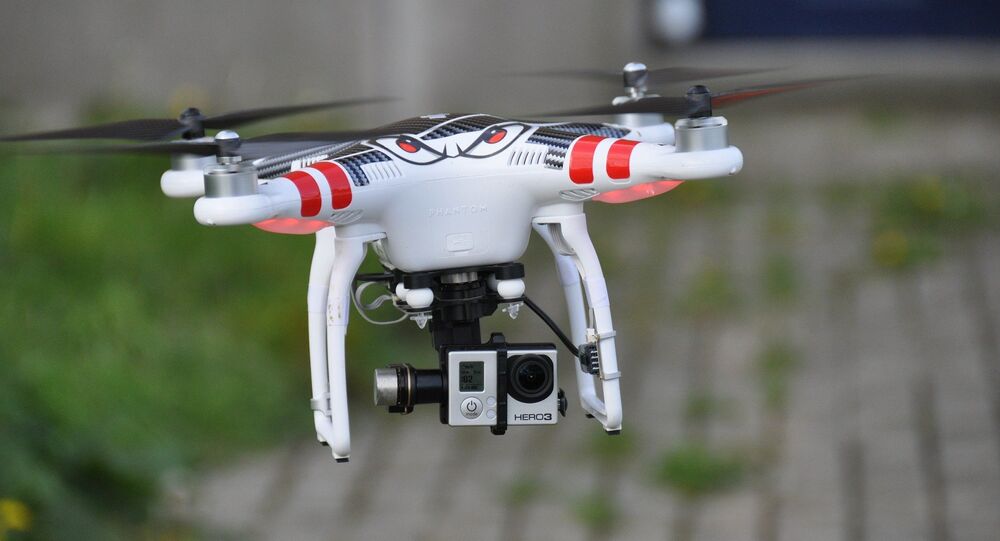 As Brain-Computer Interface is rapidly developed worldwide, mind-controlled drones turn into sports and weapons of today.

Florida University hosted a sporting event that might give a start to a new generation of high-technology sport involving latest trademark inventions of 21st century — drones and consumer-grade brain-computer interface (BCI).

As consumer-grade drones successfully found their way to video creation industry and — more recently — delivery service, enthusiasts turned these machines into racing single-seaters, with the exception that the pilot remains still on the ground, usually wearing electronic goggles which display video feed directly from the drone camera. This led to creation of self-made high-power racing drones and even establishing Drone Racing League.

But this time drones were controlled not via conventional remote control devices with joysticks and buttons, but with brain-computer interfaces, the low-cost consumer-grade modes produced by Emotiv and Neurosky. This fusion of two most innovative and futuristic inventions make mind-controlled drone racing the most high-tech sport up to date.

"With events like this, we're popularizing the use of BCI [brain-computer interface] instead of it being stuck in the research lab," said Chris Crawford, a PhD student in human-centered computing.

The potential for sport, it turned out, is vast, since pilots demonstrated significantly different ability to mind-control their drones: while some could barely move a couple of feet away, others managed to fly gracefully and freely across the basketball hall. As not everyone in this world has what it takes to become a great basketball player, it is also both potential and training which is a secret of mastery of mind control.

While the first BCI research began long ago in 1970s, it is only recently that several companies produced a low-cost consumer-grade electroencephalography (EEG) devices that cost around $500 per unit and can be attached to various digital interfaces.

It was a breakthrough when research in automated prosthetics revealed that human brain can control movements that exceed capabilities of human body. The best known example is the ever-rotating wrist of a mechanical arm: while human wrist can rotate ever so far, the brain-controlled mechanical prosthesis can rotate endlessly, if the operator commands it.

It turned out that brain can be taught to reproduce many specific states of mind — or thoughts — that can be repeatedly interpreted into digital commands. By changing their state of mind, operators can control virtually every device. The limits of such ability to control is yet to be determined.

The technology is already a matter of interest of military R&D across the globe, with both US and Russian military institutions developing tele-operated (read mind-controlled) drones for troops assistance. The idea of a mind-controlled strike drone hovering along an armed exo-skeleton-packed trooper  might change the shape of battlefield so dramatically, it was even made a basis of a story of a AAA-class computer video game a couple of years ago. What is important is that it might not be as much of a fantasy, but of a reality.

UK Police Crack Down on Drone Operators After Heathrow Alert