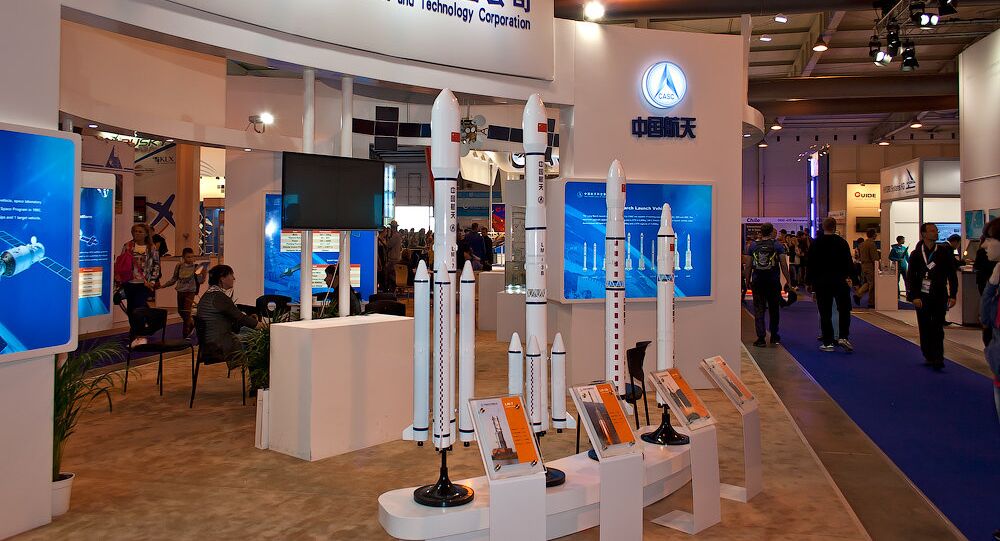 China's space industry revealed that its new rockets would be used for an unmanned moon mission capable of returning soil samples, as well as a delivery vehicle for a new space station.

China's space agency will launch two new rockets into space in 2016, as it prepares for a potential moon mission, the country's Xinhua news agency reported on Saturday.

One of the rockets, Long March-5 which has a payload capacity larger than that of Russia's Proton rocket used for commercial satellite launches, is expected to complete a mission to the Moon in 2017. Long March-5, a smaller variant similar to Russia's Soyuz-FG is expected to be used for a future space station.

© AFP 2021 / Xinhua, Li Gang
The Force Awakens: China Readies for Space Warfare
China expects to launch 20 rockets in 2016, compared to Russia's 29 and the US' 20 in 2015. China has also been developing international cooperation, launching a commercial satellite for Belarus on Saturday.

China's 2017 moon mission aims to be an expansion of its 2013 landing on the Moon, for the purpose of bringing back rock samples for the first time.

China plans to launch a space station similar in dimensions to Russia's now-defunct Mir by around 2020. A smaller non-modular station called Tiangong-2 is expected to be launched in 2016, Xinhua earlier confirmed.