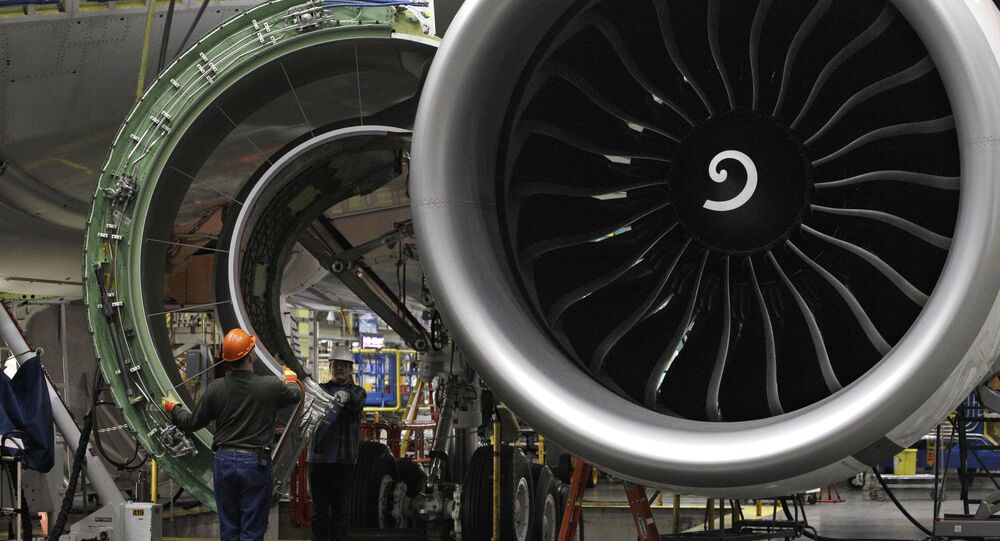 Boeing, the University of British Columbia and SkyNRG, with support from Canada's aviation industry are collaborating to turn leftover branches, sawdust and other forest-industry waste into sustainable aviation biofuel, according to Boeing aviation company.

WASHINGTON (Sputnik) — The US aviation industry is cooperating with partners in Canada to produce sustainable biofuel for aircraft obtained from forest residues, Boeing aviation company said in a press release on Wednesday.

"Boeing, the University of British Columbia and SkyNRG, with support from Canada's aviation industry and other stakeholders, are collaborating to turn leftover branches, sawdust and other forest-industry waste into sustainable aviation biofuel," the release stated.

Boeing explained the idea for aviation biofuel from forest residue arose after realizing that Canada has been using mill and forest residues to produce wood pallets to generate electricity.

© Wikipedia
US Company Attempts to Replace Russian Gas Supplies to Ukraine With Biofuel
Air Canada, WestJet, Bombardier, along with Canadian research institutions and industry partners, will cooperate with Boeing to determine whether forest residue could also be used for the aviation biofuel, according to the release.

The US Department of Energy has previously stated that biofuel could reduce carbon dioxide emissions between 50 to 80 percent.

Earlier on Wednesday, the US Center for Biological Diversity issued a report saying that airplanes could generate up to 43 gigatonnes of planet-warming pollution through 2050.

The Center for Biological Diversity argued that the aviation industry pollution can jeopardize climate goals defined during the 21st UN Climate Change Conference in Paris.

What Can You Do With Panda Poo? Scientists Find Unlikely Power Source