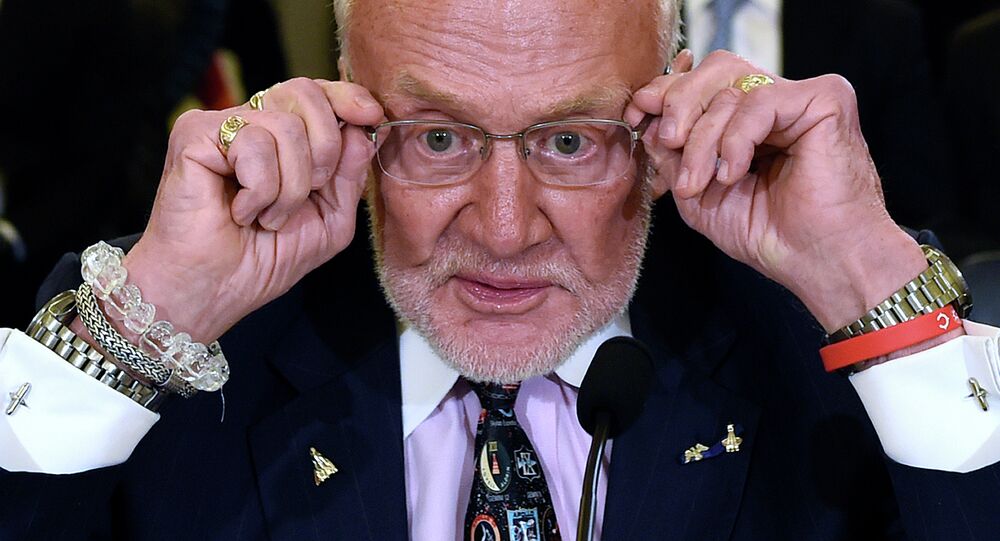 A Martian settlement could be a reality by 2040, according to Apollo 11 Astronaut Buzz Aldrin, the second human to walk on the Moon. The space enthusiast has a plan to use the Red Planet’s moons as extraterrestrial pit stops, making it easier to establish a Mars colony.

NASA
NASA Shapes Future of Space Travel: Interstellar Submarines and Much More
On Thursday, the Florida Institute of Technology (FIT) formally established the Buzz Aldrin Space Institute. Through the organization, the astronaut who stepped onto the Moon right after Neil Armstrong in 1969 will pursue a “master plan” conceived back in 1985.

The goal? A human colony on the Red Planet.

“Florida Tech has long been at the forefront of exploration—since the days of our founding in 1958, serving as the ‘night school for missilemen’ when America began the race for space at Cape Canaveral,” said Florida Tech President and CEO Anthony J. Catanese, according to FIT web page.

FIT will fund studies into the feasibility of a future Mars settlement. The concept is called Cycling Pathways to Occupy Mars, and its goal is to colonize Mars by first reaching its moons, Deimos and Phobos.

According to Aldrin, that goal could be achieved as soon as 2039, the 70th anniversary of his Apollo 11 mission.

The true value of #Apollo11 is the teamwork & innovation to land on the moon. WE CAME IN PEACE FOR ALL MANKIND. pic.twitter.com/3wcVacdbGw

He also envisions the project as a series of 10-year-long duty missions, with a long-term, permanent presence in mind.

“The Pilgrims on the Mayflower came here to live and stay. They didn’t wait around Plymouth Rock for the return trip, and neither will people building up a population and a settlement [on Mars],” Aldrin said.

Aldrin, 85, gained his astronautics PhD from the Massachusetts Institute of Technology. The doctor has received three US patents for a modular space station, reusable rockets and multi-crew modules for space journeys.

What’s for Dinner? NASA Prepares to Feed Astronauts With Feces on Mars Trip