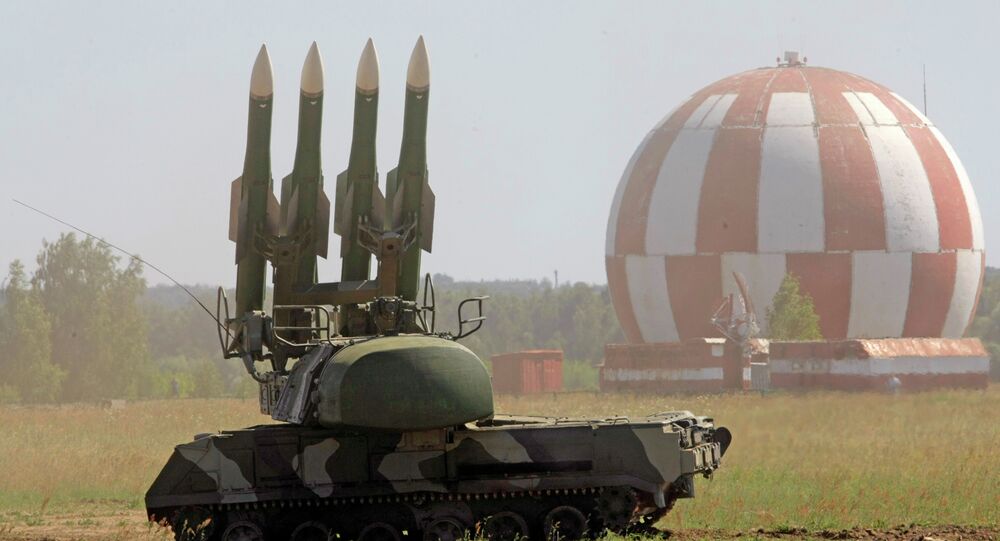 The Russian arms manufacturer says it has begun work on the next generation of the Buk medium-range advanced defense missile system.

"The management of Almaz-Antey, our parent company, has given us the task of working out a proposal for the further development of the Buk air defense missile system," Yuriy Beliy, NIIP's general director, told RIA Novosti on Tuesday.

"With Almaz-Antey, we will present our proposals to the Ministry of Defense. But, without waiting for a final decision [from the MoD] and with the full support of the company, the scientific research institute has already initiated work on developing long-term technical solutions."

Beliy also confirmed that the Buk-M2E system will be on display at the International Aviation and Space Salon, an airshow which takes place August 25-30 in Zhukovsky, close to Moscow.

"Almaz-Antey's exhibition space at the International Aviation and Space Salon will be used to demonstrate the 24 target air defense missile system, and its training apparatus," said Beliy.

© Sputnik / Alexander Vilf
Self-propelled Buk 2 M2 missile systems during a full dress rehearsal of the V-Day Parade on Red Square, Moscow
The first incarnation of the Buk self-propelled medium-range surface-to-air missile system was developed in the USSR by the Fazotron Scientific Research Institute, and was first introduced into service in 1978.

The Buk-M2E advanced defense missile system, which entered into service in the Russian army in 2008, has a speed of up to 65km/h, and can operate in temperatures up to ± 50°C and wind speeds up to 30m/s.

US Missile Shield in Europe Targeted At Russia - Lawmaker