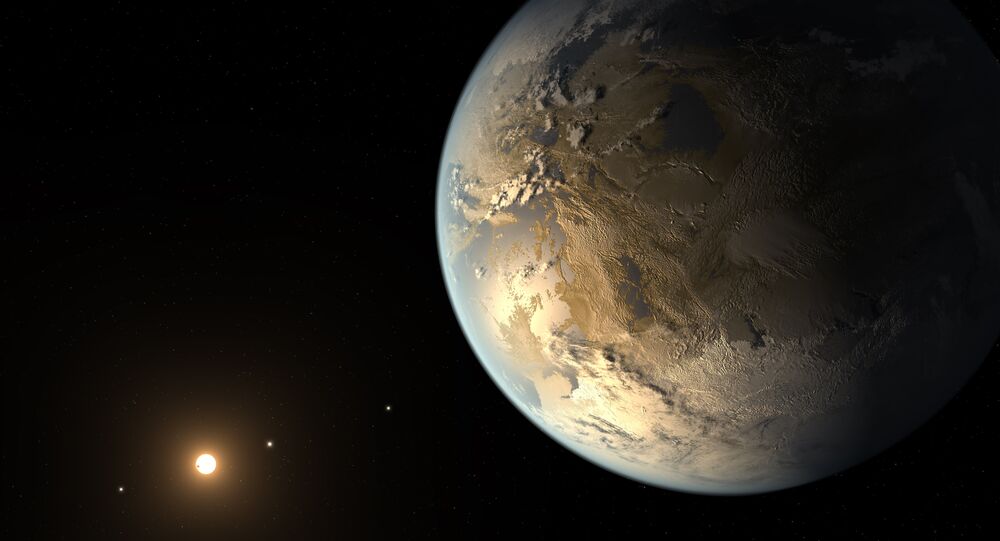 NASA has just released a statement hinting that its Kepler mission found an exoplanet that very much resembles our own. And while the Space agency will not provide any additional details until Thursday, many are already certain that "another Earth" has been found in the Milky Way.

© Flickr / Bo Insogna
NASA Takes Search for Extraterrestrial Life to the Next Level
NASA’s Kepler mission launched in 2009 with the goal of finding a planet that, like our own, can sustain life. Since water is an essential component of life, the mission aimed to search for an exoplanet that has liquid water on its surface.

The ideal candidate would be a planet that is not too close to the star it orbits, risking water evaporation from heat, or so far that the water would simply freeze. Much like Earth, the planet has to be a safe distance from its sun.

Kepler has been searching for this Earth-like body in what scientists call the "habitable zone," a region near stars were orbiting planets could potentially support the existence of water. Since its launch, the mission has found over a 1,000 planets, the majority of which more closely resemble Jupiter in our Solar System — gas planets that are much larger than Earth.

However, on Wednesday, the space agency hinted it may have found the most similar planet to Earth yet.

"Exoplanets, especially small Earth-sized worlds, belonged within the realm of science fiction just 21 years ago," NASA’s press release said. "Today, thousands of discoveries later, astronomers are on the cusp of finding something people have dreamed about for thousands of years – another Earth."

NASA is set to announce its findings at a news conference on Thursday, but the statement has already spurred predictions of a new planet capable of sustaining life.  Space enthusiasts and journalists have taken to Twitter to express their anticipation over the upcoming announcement.

Some are even suggesting events for the Earth-like planet to host.

Given the suggestive language in the statement, these guesses may very well be true. But we won’t find out for sure until Thursday’s press conference. Meanwhile, NASA has invited its fans to view the announcement via livestream at 9:00AM PDT.