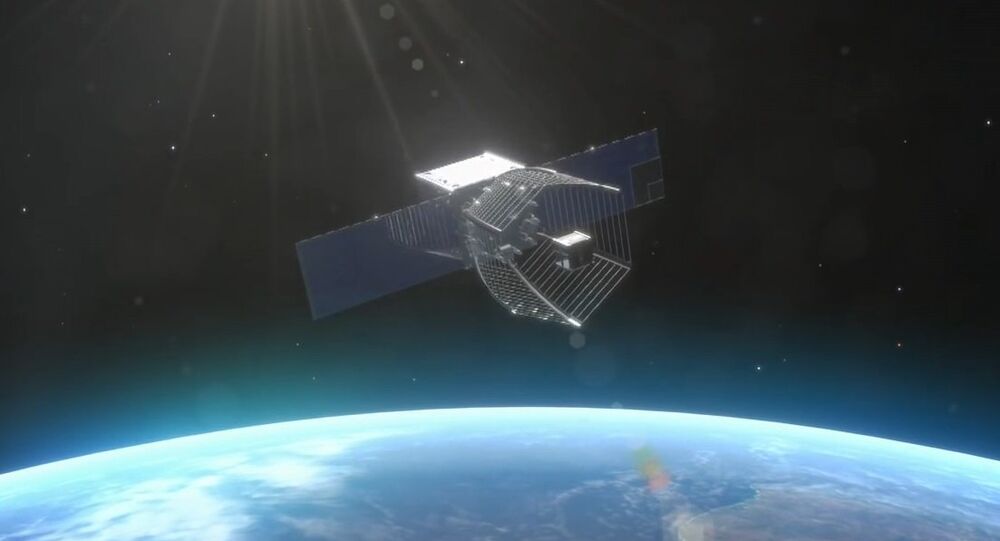 The Swiss team behind the “CleanSpace One” project has come up with a novel idea as to how to clean up Earth’s orbit: creating a giant spaceship that will ‘eat’ broken satellites and other debris floating in outer space.

© AFP 2020 / EUROPEAN SOUTHERN OBSERVATORY
Discovery of ‘Monster Black Holes’ Points to the Existence of Millions More
The research project aims to send a spacecraft into low-Earth orbit to capture an obsolete satellite, as a part of campaign to clean up orbital clutter.

Engineers at Lausanne's Swiss Federal Institute of Technology (EPFL) were assigned the problem of how to safely track, collect and dispose of the junk. The "Pac-Man" technique is the fruits of that work: the craft named for the hero of a popular computer game is expected to grab the satellite with an enormous conical net that closes as it “gobbles” up the object, much like its namesake does with a dot, EPFL said.

"The idea is to have the biggest aperture possible, to increase the chance to eat the cube while it's near the chaser," EPFL's Michel Lauria explained.

Engineers noted everything should be calculated accurately to prevent pieces of junk from bouncing back out before the net closes.

The team will work on creating working models of the prototype system for another three years. The first “Pac-Man” spacecraft is expected to be launched in 2018.

A steady accumulation of man-made debris has many calling for action as space junk puts satellites at risk http://t.co/QWbVtEkzUB

The need to clean up space junk around the Earth arose when scientists noted the bulk of such matter keeps growing rapidly, posing "a serious threat to the devices and people working in space," EPFL scientists said in a statement Monday.