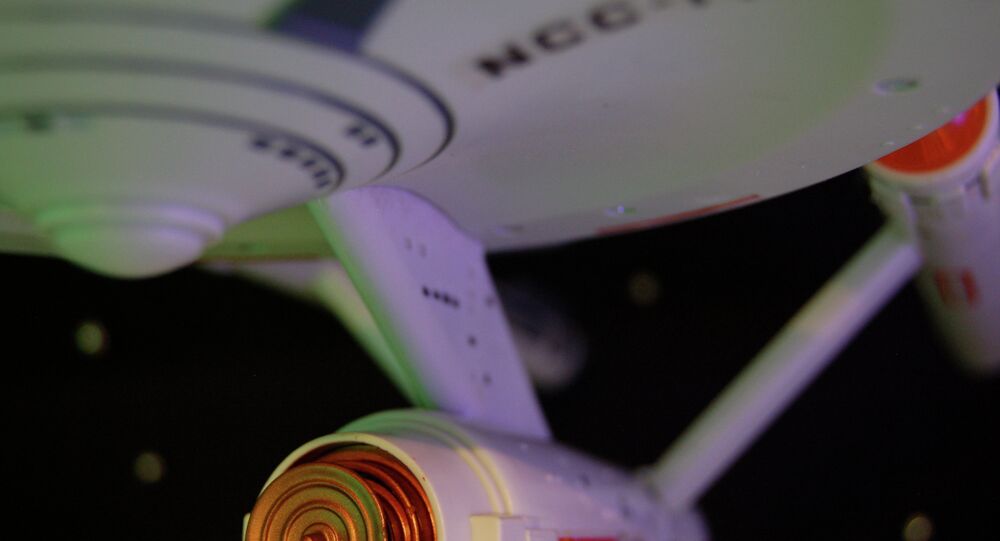 After overly excitable media outlets reported the creation of "warp-drive" technology, NASA has had to come out and set the record straight about what recent reports about an electromagnetic drive that runs without fuel do and do not mean.

© Flickr / NASA's Marshall Space Flight Center
Breakthrough: NASA Confirms Electromagnetic Drive Produces Thrust in Vacuum
An April 29 article on NASASpaceflight.com described the results of a test performed on a prototype engine within a vacuum which appeared to create a small amount of thrust without using fuel. If the test is confirmed, this would be a big deal: it would violate Newton's third law of conservation of energy, since it would produce energy without any (fuel) being introduced to the system.

However, some news outlets misread the cautious, small-scale results, yet to be widely replicated or peer-reviewed, and declared that the era of a "Star-Trek" like warp-drive was just around the corner.

While the breakthrough was significant, there is still a long way to go.

"While conceptual research into novel propulsion methods by a team at NASA's Johnson Space Center in Houston has created headlines, this is a small effort that has not yet shown any tangible results," NASA officials said in a statement for Space.com.

"NASA is not working on 'warp drive' technology."

One of the reasons scientists are urging caution in evaluating the consequences of this research is the very small scale of the actual thrust reportedly produced. Ethan Siegel, a professor of physics and astronomy at Lewis & Clark College in Portland, Oregon said the amount of thrust reported is the first major sign that we should be skeptical.

The original post reported the creation of between 50 and 70 micronewtons, or "less than the weight of a snowflake," Siegel told Space.com. The margin of error for measurement is between 15 and 30 micronewtons.

"You want a signal that's way, way bigger than errors you can measure," he said, also pointing out that the thrust was created in just a few instances among a number of tests which means the results are "not inconsistent with random chance."

NASA officials, in their statement, clarified that they do work towards big, history-making scientific breakthroughs as part of their research mission, even if this particular breakthrough was overblown by some.

"The agency does fund very fundamental research as part of our advanced concepts and innovative investments that push the frontiers of science and engineering," they wrote. "This is part of what NASA does in exploring the unknown, and the agency is committed to and focused on the priorities and investments identified by the NASA Strategic Space Technology Investment Plan.Through these investments, NASA will develop the capabilities necessary to send humans farther into space than ever before."