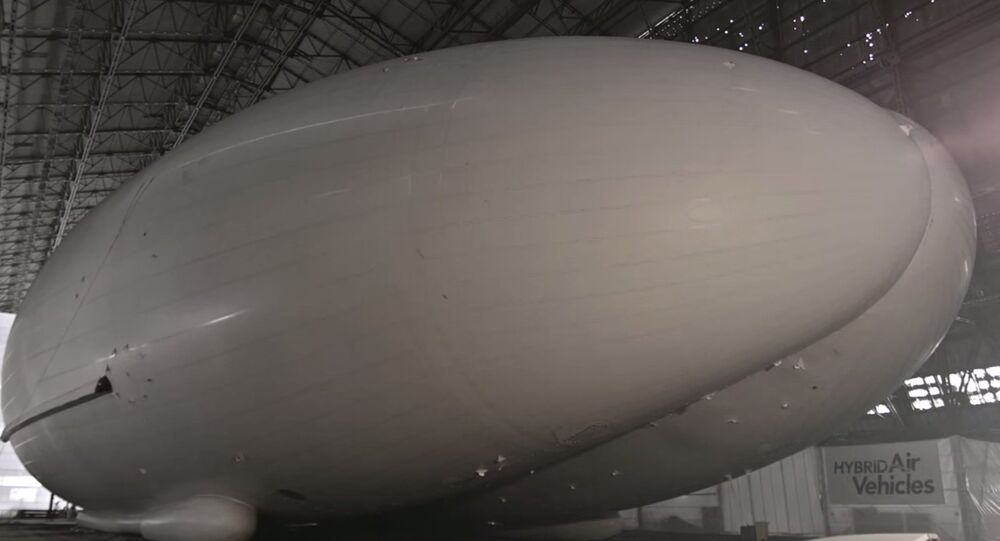 Is it a Bird? Is it a Plane? World's Largest Aircraft Seeking Investors

It’s being touted as the future of aviation, it’s pinned with high hopes for changing air travel as we know it, and you don't have to be a millionaire investor to help get it off the ground.

The mention of large inflated aircraft usually brings to mind either Goodyear or the Hindenburg disaster, so it's understandable if the concept of "blimp" doesn't smack of the sparkling future of aviation. The makers of the Airlander 10 — the world's largest aircraft — aim to change that.

But they need some cash, and are turning to crowdfunding to get it.

The Airlander — a hybrid of plane, balloon and hovercraft elements — was originally a United States Army project to create a Long Endurance Multi-Intelligence Vehicle (LEMV) system. In 2010 they gave the $517 million contract for it's development to Northrop Grumman and partner Hybrid Air Vehicles (HAV). But in 2012, they project was cancelled because it was over budget.

HAV took their work thus far to the United Kingdom, where eventually they got a $5.1 million (£3.4 million) grant from the UK government to continue its development, focusing on potential commercial rather than military surveillance uses of the vehicle.

But that won't be enough to create the fleet they envision hovering with football-pitch-sized bulk in the skies all over the world. So they've launched a crowdfunding campaign to match the $5.1 million grant. Aside from the US Army's original funding, Iron Maiden frontman Bruce Dickinson has so far invested  £250,000 (about $370,000) in the project.

“I’m not expecting to get my money back any time soon, I just want to be part of it," Dickinson told the Guardian. "Being a rock person, I could put it up my nose, or buy a million Rolls Royces and drive them into swimming pools, or I could do something useful.”

And now HAV hopes a lot of others will want to do something useful as well, as they hope to attract more, smaller-scale investors to bring the project to fruition, with test-flights slated for later this year.

Weeks in the Air, with a Fifth of the Fuel

Boosters of the project tout it as a "game-changing" innovation. The aircraft can take off and land almost anywhere that's flat — including on water. And it's got a lighter carbon footprint than conventional aircraft, using about a fifth of the fuel. As per its name, the Airlander 10 can lift a 10-ton payload.

Perhaps most remarkable is its endurance. The 302-foot-long ship can remains airborne, even hovering in the same place, for, in theory, weeks at a time. The balloon part of the ship is filled with helium, which accounts for 60% of its lift. The other 40% comes from its particular shape.

In a promotional video, HAV lists its potential uses as "surveillance, disaster relief, cargo transportation, filming, advertising, leisure and tourism and many more besides." One hope is to use it to replace some short hop flights, and the fact that it doesn't need the same airport infrastructure (i.e., long runways) means it could use alternative, more lightly trafficked routes.

New advances in materials technology, in particular, have brought back hopes for airships when the industry was long thought at a dead end.The Airlander 10's skin is a thin, but very strong carbon fiber weave that can not only withstand lightning strikes, HAV claims, but keeps loss of the expensive helium gas to only 10% per year.