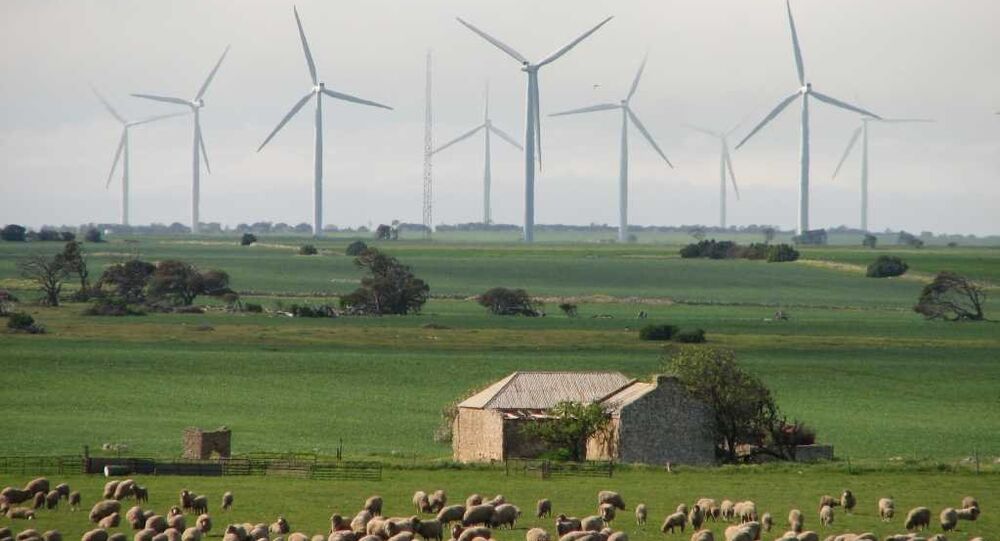 Recent analyses distinguish between the varying uses for different kinds of energy.

© Flickr / Sander van Dijk
Australians Want More Renewable Energy Despite Government's Scaled Back Targets: WWF Poll
MOSCOW, January 6 (Sputnik) – The drop in oil prices could have a positive impact on renewable energy development, according to a report published by the Environmental Defense Fund, in a reversal of conventional wisdom, which dictates that dropping oil prices spell trouble for the sector.

"The historic correlation between the price of oil and the demand for renewable energy has been increasingly weakened in today’s global markets," write the experts from the Environmental Defense Fund in an article published by Forbes.com. "Like apples and oranges, we use oil and renewables to make completely different types of juice: oil primarily to produce transportation fuels, and renewables primarily to generate electricity."

The authors continue to say that oil’s current price volatility represents an opportunity for the development of financial mechanisms which could enable the development of green enterprise, citing the scope for possible new asset classes and the securitization of energy efficient investments to capitalize on the predictability of future renewable technology prices.

In November, the Guardian published its own study into the effect on sustainable energy of the collapse in oil prices, pointing out that the proportion of power provided by diesel and other petroleum-based fuels accounts for just five percent of today’s global total, compared to one quarter in 1973. It also highlighted the increased attractiveness of renewable energy in recent years due to a drop in prices, including a fall of almost 80 percent in the last five years of large-scale solar energy, while over five years the cost of land-based wind energy has fallen by 60 percent.