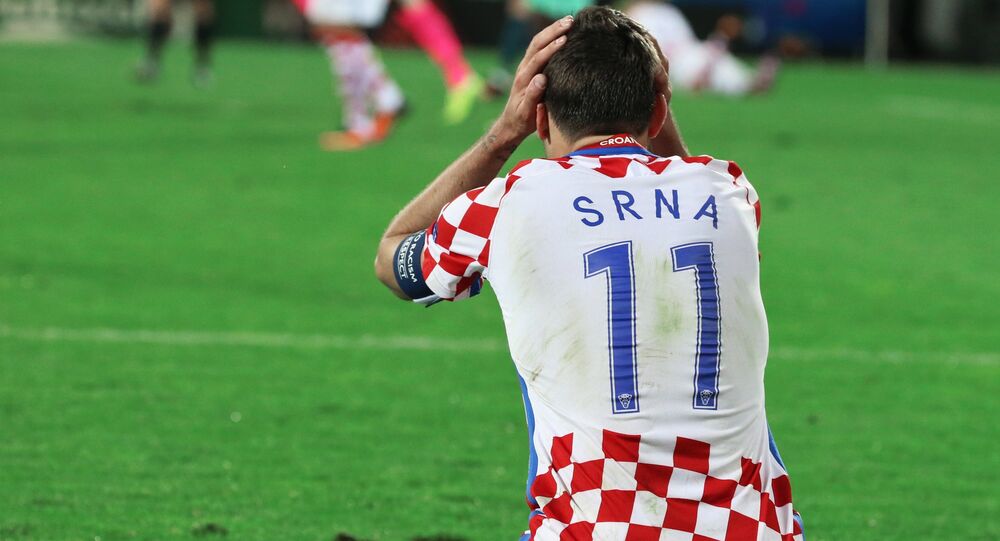 During the group stage of the 2008 UEFA European Football Championship ten years ago the Croatian team, which had already secured a place in the knockout stage, crushed England, helping Russia qualify from second place. Russia later beat the Netherlands in the quarterfinals 3-1, but lost to Spain 0-3 in the following round.

Croatia's most capped player and former captain of the national team Dario Srna told the online news outlet Ukraina.ru that Russia should return the 10-year-old favor during the World Cup quarterfinal game.

"I think that our team once did a great favor to Russia. And now it's time to repay the debt. Croatia has an advantage over Russia. We have a lot of high-class, experienced players, who are playing for big clubs. To say frankly, Croatia is stronger, but Russia deserves respect. The team left the group and defeated Spain — that's a serious achievement. I believe, the upcoming match will be difficult," Srna said.

© Sputnik / Nina Zotina
Croatia Captain Modric: Russia 'Deserved' to Reach World Cup Quarter-Finals
Croatia, who beat Denmark 3-2 on penalties in the round of 16, will face Russia, which earlier claimed victory over Spain 4-3, also on penalties, in the quarterfinals at Sochi's Fisht Stadium on Saturday. The game is set to begin at 21:00 Moscow time (18:00 GMT).