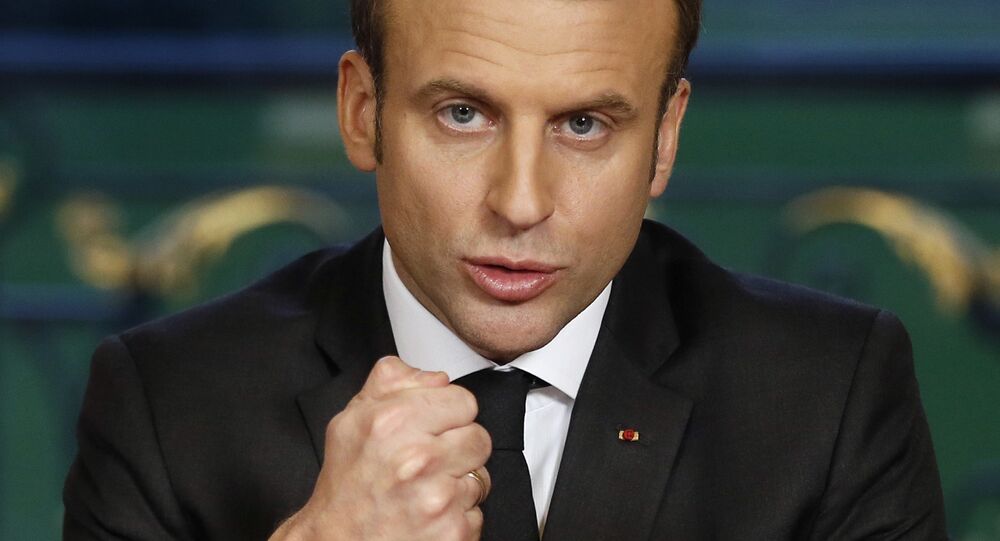 ST. PETERSBURG (Sputnik) - King Philippe and Queen Mathilde of Belgium and the country's Foreign Minister Didier Reynders will come to St. Petersburg to support their national football team during their World Cup semi-final against France, an employee of the Belgian Consulate General in Russia's second-largest city told Sputnik Monday.

"King Philippe and Queen [Mathilde], as well as Minister of Foreign Affairs Didier Reynders, will arrive in St. Petersburg to support the national team," the diplomat said.

Belgium, who reached their first World Cup semi-finals in 32 years, will take on 1998 champions France at the St. Petersburg Stadium on Tuesday at 21:00 local time (18:00 GMT).

Belgium beat five-time champions Brazil 2-1 in Kazan on Friday to qualify for the World Cup semi-finals, where they will face the 1998 winners France at St. Petersburg Stadium on Tuesday.

The French side, in its turn, will be presented by the country's President Emmanuel Macron, who will arrive in St. Petersburg on Tuesday to support his national team, an employee of the French Consulate General in St. Petersburg told Sputnik on Monday.

"The president will arrive at the France-Belgium match as part of a delegation in order to support his national team, as he said he would do if they advance to the semi-finals. He will arrive in St. Petersburg tomorrow," the employee said.

© REUTERS / Christian Hartmann
Twitter Slams NATO for Hailing World Cup Semifinalists as Being Part of Alliance
He did not specify the names of any other members of the delegation or named any possible official events that Macron might take part in while in St. Petersburg.

Earlier, the Elysee Palace said that Macron will arrive in Russia to support his team at the FIFA World Cup semi-final match in St. Petersburg. Kremlin spokesman Dmitry Peskov told Sputnik on Friday that Moscow welcomed the French president’s decision to visit Russia for the World Cup.

Over 20,000 foreign fans are expected to attend the World Cup semi-final between France and Belgium in St. Petersburg on Tuesday, the city's Committee for Tourism Development said on Monday. Over 320,000 people attended the five matches that have been held in St. Petersburg since the beginning of the World Cup on June 14, with the average attendance of 64,000 spectators per match.

The arena will host two more World Cup games, including Tuesday's semi-final and the third-place match on Saturday.