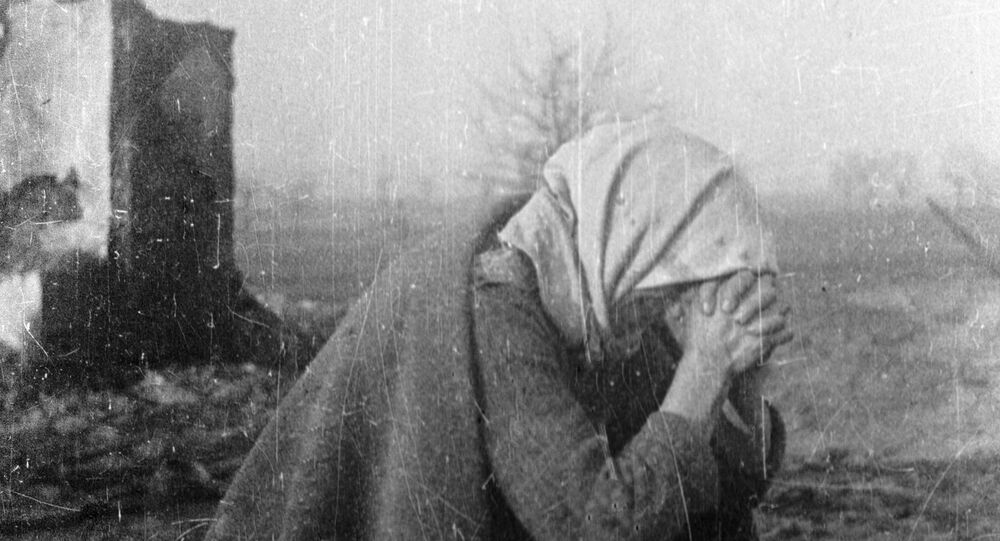 The action comes in the run-up to the International Day of the Liberation of Nazi Concentration Camp Prisoners, commemorated annually on 11 April. On this day in 1945, an uprising took place in the Buchenwald death camp.

The Russian Ministry of Defence (MoD) has declassified a wide range of documents testifying to the atrocities committed by Wehrmacht soldiers, the civilian personnel of Nazi Germany and their accomplices in concentration and POW camps, as well as within occupied territories.

The archival documents and photographs were published earlier this week in a section of the ministry's website titled ‘Not Subject to Oblivion’.

The publication comes ahead of the International Day of the Liberation of Nazi Concentration Camp Prisoners, which is commemorated annually on 11 April and pays tribute to an uprising at the Buchenwald death camp.

According to the ministry, the documents pertain to “evidence of atrocities, bullying and mass destruction by Nazis of the population of the occupied territories in the Soviet Union and the countries of Eastern Europe, including Russians, Ukrainians and Belarusians, as well as Poles, Austrians, Slovenes, Bulgarians and representatives of other nationalities”.

The ministry pointed out that the publication is a continuation of the MoD’s activities aimed at “safeguarding and protecting historical truth, as well as countering falsifications of history, and attempts to revise the results of World War II”.

One of the documents refers to a POW camp near Stalingrad, where up to 1,500 Soviet soldiers were tortured. After the camp was liberated by Red Army soldiers, they found a platform there that was “fully covered in blood”.

© Sputnik / B. Fishman
Prisoners of Auschwitz are meeting their liberators from the Soviet Red Army.

Another document declassifies bloody events that took place in a village in Ukraine’s Chernigov region on 23 February 1943, where the Nazis executed 28 collective farm families.

“Moans and crying were heard as fascist monsters threw infants on corpses, finishing them off with machine guns and stabbing them with bayonets,” the document cited eyewitnesses as saying.

© Sputnik / Boris Ignatovich
Russia’s Auschwitz Archives: How the Soviet Army Liberated the Nazi ‘Death Factory’
A whole array of the documents is related to Nazis’ atrocities in concentration camps, including the Auschwitz death camp, which is described as a “man-made hell”.

All the materials have been declassified and published within the framework of the federal project "For an indefinite term”,  implemented at the behest of Russian President Vladimir Putin.

“The information published on the Russian MoD’s website may be restrictive and is not recommended for persons who have not reached the age of majority,” the MoD said.